Insecurity Has Gone Beyond What The Government Can Handle Alone, Buhari Should Seek Help - Saraki


The former Kwara Governor said the govt needs help to tackle the numerous reports of violence, kidnapping, terrorism and the systematic breakdown of law and order in many parts of the nation. 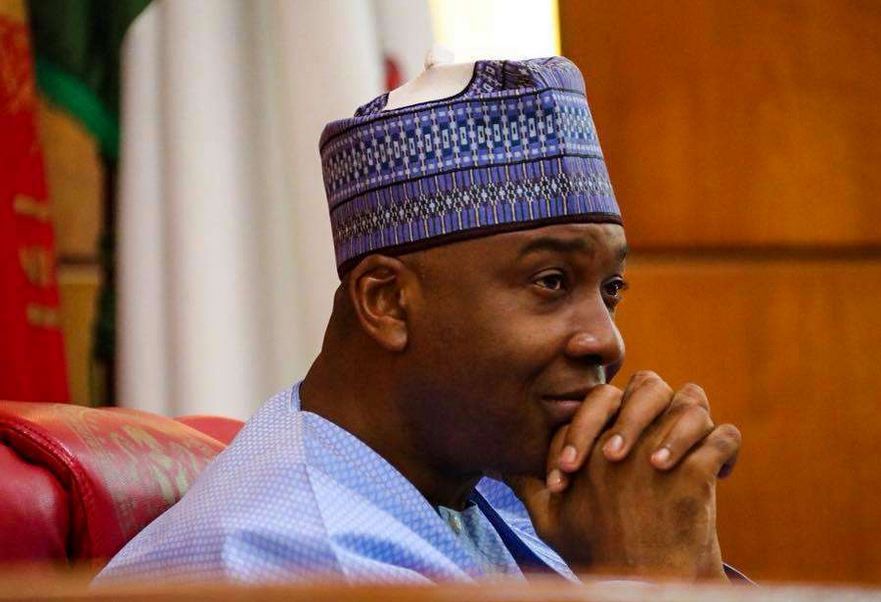 Former Senate President, Bukola Saraki, has asked President Muhammadu Buhari to ask for help in tackling the rising insecurity in the nation.

In a statement on Tuesday, Saraki noted that on Monday, Nigeria experienced one of the saddest days in recent memory.

He said from Anambra State to Kaduna, Yobe, Niger, and Lagos States, critical insecurity issues were recorded and reported.

The former Kwara Governor said there were numerous unacceptable reports of violence, kidnapping, terrorism and the systematic breakdown of law and order in many parts of the nation.

He cited reports of Boko Haram hoisting its flag in Niger State, in Shiroro LGA, which houses one of Nigeria’s largest power stations, and about 2 kilometres from Abuja, the nation’s capital.

Saraki stated that it was obvious that the President and the All Progressives Congress (APC) government need urgent support.

“They have been overwhelmed by the situation and they sure need assistance from all. I urge Mr. President to seek help wherever it can be given. This matter has gone beyond what the government can handle alone. The President should know that calling for help in our present situation is not a sign of weakness.”

“Security of lives and properties is the first and most important duty of government and it must be taken seriously. My suggestion here is an appeal made out of genuine concern with what is going on in our dear country.

“More important, in the democracy that we practice, the institution charged with holding the executive accountable is the legislature. In this regard, I strongly call on my colleagues in the National Assembly to be more assertive in finding solutions to this issue of insecurity.

“l need to make it clear that they will not be helping the administration if they do not become more insistent and decisive in their approach to getting this security crisis tackled immediately."

Saraki urged APC leaders to do all that is necessary to help the administration to get solutions to this national crisis.

The former lawmaker said this is a time for them to be part of the search for the solution and getting the government to act swiftly in implementing good ideas that will return the country to normalcy and the path of genuine development.