Shocking! Beautiful TV Anchor Found N*ked And Slumped At The Wheel Of Her Car Smelling Of Booze


Feven Kiflegiorgis, a presenter for Fox 5 Las Vegas better known as Feven Kay, was apprehended by officers in Sin City on the morning of March 20. 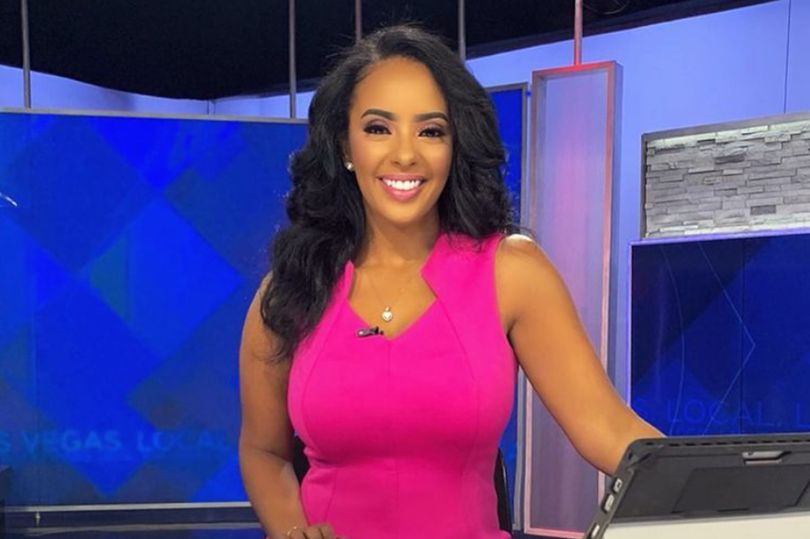 Feven Kiflegiorgis, a TV news anchor was found n*ked, reeking of booze and passed out at the wheel of her car, Daily Star UK reports.

Kiflegiorgis, a presenter for Fox 5 Las Vegas better known as Feven Kay, was apprehended by officers in Sin City on the morning of March 20.

She told police she couldn’t remember how she’d gotten there and refused to do a blood test, the Las Vegas Review Journal reported.

Kiflegiorgis later appeared on Fox 5 and told viewers: “Many of you have noticed I’ve been off air for a few weeks.

“As I move forward, I want you to know I have learned from this and I will continue learning.”

She was charged with reckless driving with a disregard for the safety of a person or property and sentenced on Wednesday, April 21, ordered to pay an $1,000 [£719] fine and told to attend a driving school for additional training.

The East African-born anchor grew up in California, where she studied journalism at California State University, Northridge.

Her broadcast career began at KTLA in Los Angeles and she worked in Bakersfield before going to Las Vegas.

Kiflegiorgis has held her current position at Fox 5 since November 2018, according to her LinkedIn profile.

Her anchor shift runs from 4am-7am every weekday.

Kiflegiorgis's Fox 5 biography reads: “Outside of work Feven enjoys traveling, attending concerts, spending time with family and friends, and doing anything that involves laughing until her stomach hurts.”

She is still scheduled to host a Disney show in Las Vegas this weekend.

Musician David Perrico gave Kiflegiorgis his backing after the arrest was publicised and said: “Feven is a total pro, has my full support.

“I am looking forward to her hosting the Disney concert.”