Members of the Ikorodu Bois group have been commended by Governor Sanwo-Olu of Lagos state for making the country proud. 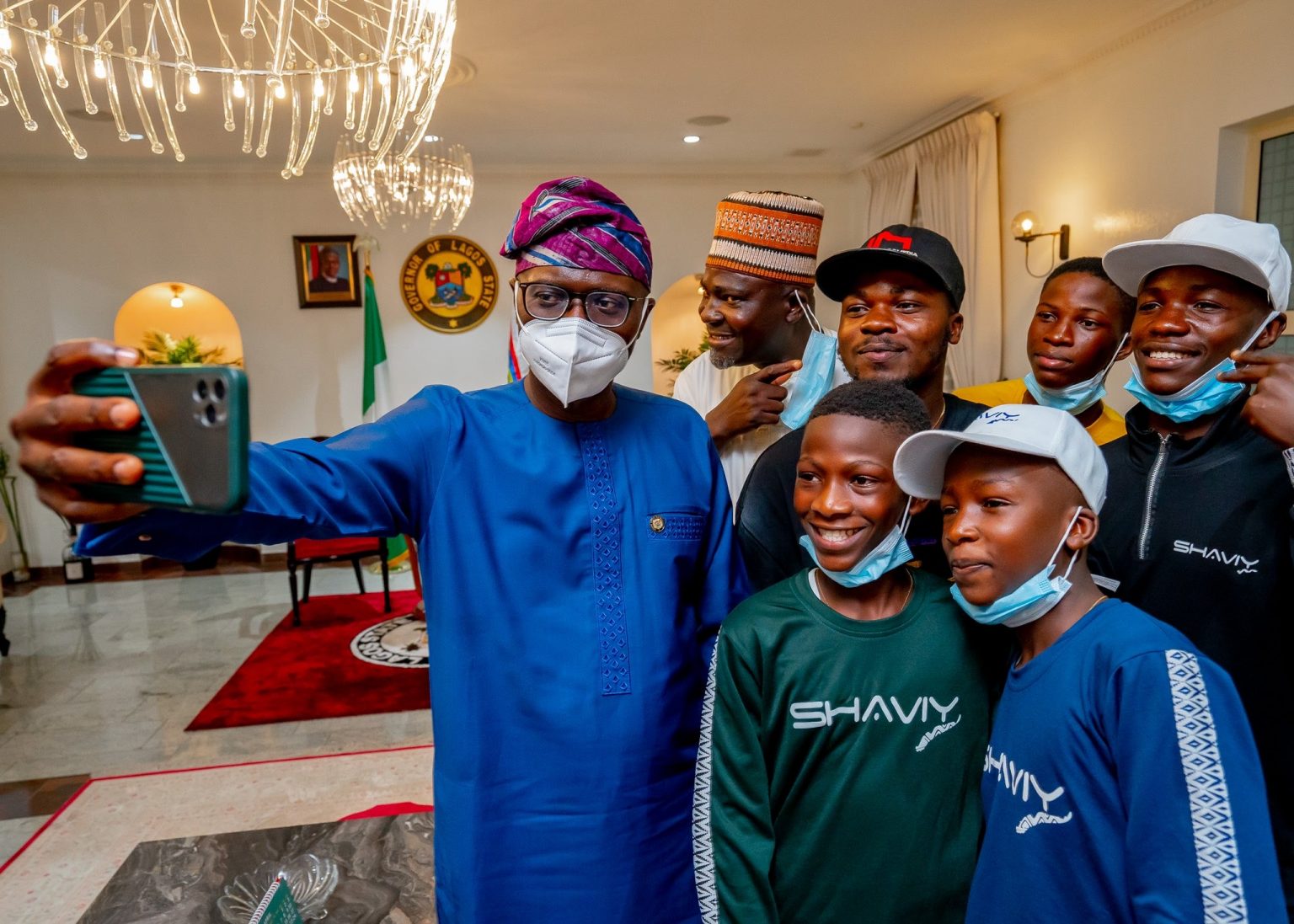 Ikorodu Bois posing with Governor Babajide Sanwo-Olu
The Governor of Lagos State, Babajide Sanwo-Olu has praised Ikorodu Bois after they paid him a visit.
Ikorodu Bois are known for remaking popular movies, music videos etc.
As a result, they have garnered worldwide recognition for their talent.
The online comedy group had creatively mimicked scenes from Hollywood movies which was recently showcases on billboards in Times Square, New York and on Netflix.
Sanwo-Olu, hosting the group commended them for putting Lagos on the global map with their creativity.
“Today, I welcomed generational filmmaking talent @IkoroduB, whose creativity has put them and Ikorodu on the global map of international platforms like Netflix, earned them a nomination at the Nickelodeon Kids Choice Awards and put their faces on billboards in Times Square, NY.
“As a State, we are proud of them and I thank them for visiting me today. “
The Governor reiterated his commitment to developing and supporting creative talent in the state.
“We are committed to developing creative talent in Lagos as we continue to serve as the premier destination for musical, art and creative talent generation in Africa,” Sanwo-Olu said. 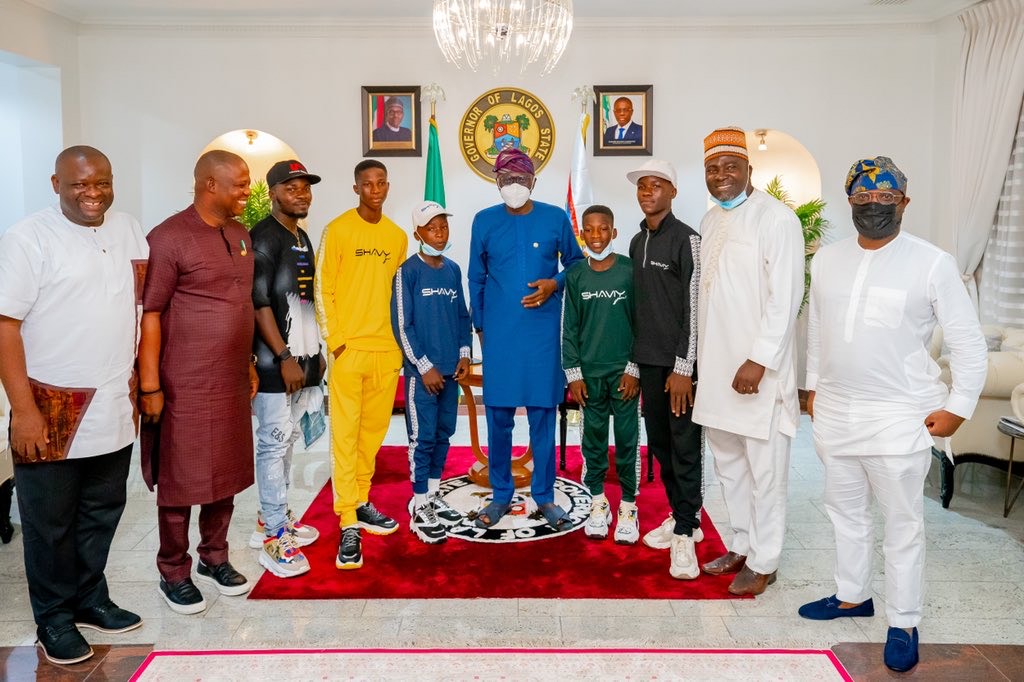