Samuel Awuran told journalists on Thursday that the students were being attended to by medical doctors and experts dealing with different medical complications. 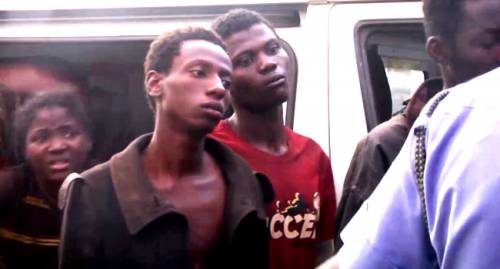 Some of the released students

According to a report by SaharaReporters, Kaduna State Government has said that abducted students of the College of Forestry Mechanisation, Afaka recently released are currently receiving medical attention following their experience in the past seven weeks.

The state Commissioner for Internal Security and Home Affairs, Samuel Awuran, told journalists on Thursday that the students were being attended to by medical doctors and experts dealing with different medical complications.

He said the "students are undergoing thorough medical checkups in view of the situation they have found themselves within the last 7 weeks. This is the situation at the moment".

He added, "Medical doctors and other professionals who are vast in managing trauma and other challenges are attending to them and they were responding where I left them (last) night and we're happy with this development and grateful to all that made this a reality.

"We're also using this opportunity when we told the students during our first conversation with them that they should look at this as a motivator..."

Some gunmen abducted 39 students on March 11, and later released 10 of them in two batches of five each.

The newly released 29 students, on Wednesday, nearly two months after they were kidnapped, arrived at the police headquarters in Kaduna.

Samuel Awuran, however, expressed his gratitude to every party involved in the released of the students and encouraged the students to see prospects in the future ahead of them.