Miss Umoren, 26, was allegedly murdered by Frank Akpan, whom the police said has confessed to being a serial rapist and killer. 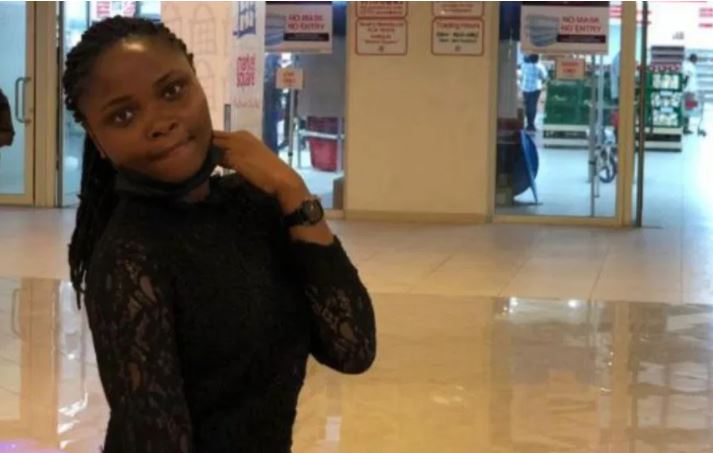 Blessing Godwin, a job-seeker resident in Akwa-Ibom State, has narrated how she was also lured to the same place where Inibong Umoren was raped and killed, PREMIUM TIMES reports.

Miss Umoren, 26, was allegedly murdered by Frank Akpan, whom the police said has confessed to being a serial rapist and killer.

Mr akpan had invited the recent UNIUYO graduate for a job interview at Airport Road, Ibiaku junction on April 29, but that was the last heard of the deceased until her corpse was found 48 hours after.

The gruesome killing of the job-seeker had sparked reactions from prominent Nigerians and groups across the country who have continued to demand justice.

The police promised to arraign the suspect as soon as the courts resume from their nationwide strike.

However, Ms Godwin, another unsuspecting victim of Mr Akpan, on Tuesday, told PREMIUM TIMES that she was invited for the same interview, scheduled for the same venue, but could not honour the invitation because she was far away.

Her telephone number was one of the numbers extracted from a Newswire publication. The online newspaper had earlier published the details of Mr Akpan’s call logs obtained from a mobile network provider.

An analysis of the leaked data showed Mr Akpan was putting calls across to Misses Umoren and Godwin sequentially.

“Around 1.17 PM on April 29, Frank Akpan placed a call to Hiny Umoren, which lasted for 124 seconds. It is fair to extrapolate that this was a call where he gave directions to her regarding where she should go for the purported interview. At 1.21PM, he then placed a call to a Blessing Godwin, which lasted 147 seconds. Was he chatting up another potential victim of the same job interview snare? It is impossible to say for now,” the report read.

Premium Times has reached out to Miss Godwin. Narrating how she was almost snared by Mr Akpan, she said she had applied for a job a day before the proposed interview.

“The next day (April 29) in the afternoon, the number called me and said that they saw my application. I said ‘Yes’. He said could I come to Airport Road? That there is a farm there and I’m to work in the secretary office.”

Miss Godwin said Mr Akpan had informed her that knowledge of computer operations was an added advantage, of which she responded that she might be rusty because it has been a while she operated a computer set.

“I said I would have loved to come but I was not in Uyo but my local government (Ibeno). He said what I should do is to send my CV and save his number as Ezekiel,” she added.

Ibeno local government area, according to Google map, is over 60 kilometres from where the suspected killer was.

Ms Godwin said she was surprised and sad when she came about the story of the deceased on social media. She also prayed for the repose of her soul.