Erica Nlewedim Turns Down An Admirer After He Shoot His Shot


The man who requested a date with the actress was turned down and he felt hurt. 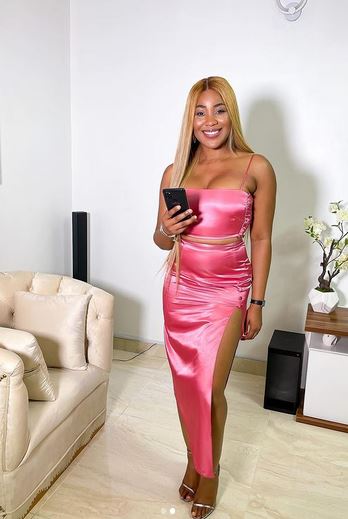 BBNaija housemate, Erica Nlewedim publicly turned down an admirer who had been trying to get her attention on social media.

The actress shared a screenshot of the admirer's comment to her on Instagram and told him that he has been "hounding" her on all her social media platforms. She then asked him to publicly say what he wants. 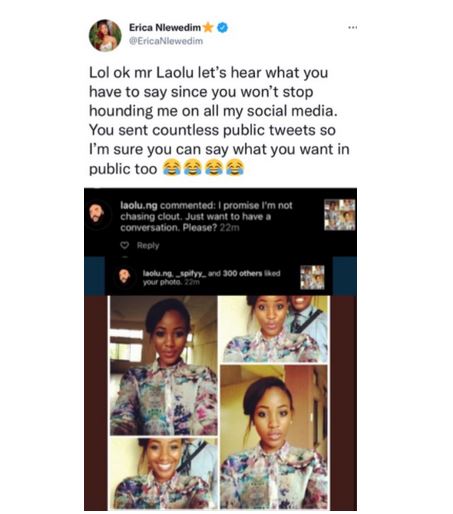 The man replied, publicly asking her out on a "friendly date". He added that he has been dreaming of her and wants to make his dreams a reality.

But Erica gently rejected him, writing: "Awww so cute, you can see me if we ever work together, or at my next meet and greet." 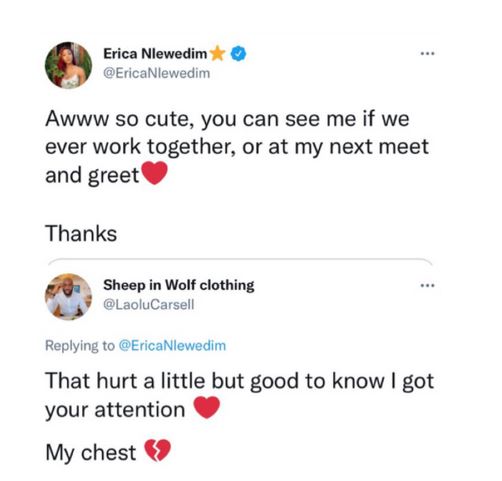 The man was hurt by the response and let Erica know this.

Their interaction has now gone viral and Erica is trending on Twitter. 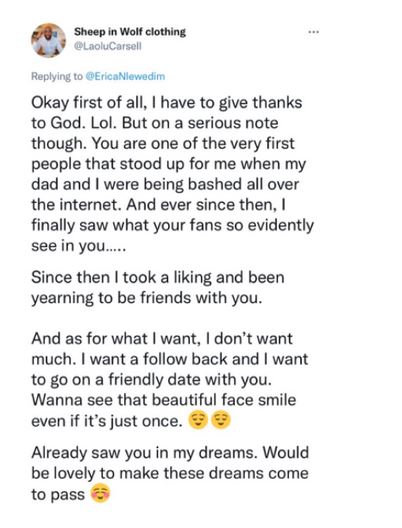