The suspect met his waterloo when he was trying to escape with four motorcycles he had snatched from their owners. 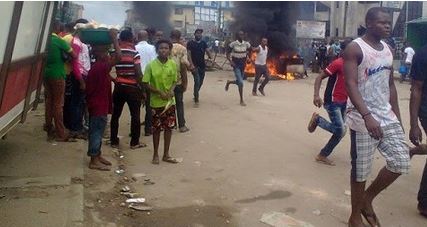 A suspected armed robber identified as Emmanuel got more than he bargained for on Sunday, May 16, after he was mobbed to death.

The deceased accused of terrorising residents of Ayede-Ogbese in Akure North Local Government Area of Ondo State, had been convicted earlier.

Emmanuel who had been on the watch list of residents of the town after he was released, reportedly returned and continued his nefarious activities.

He met his waterloo on Sunday, May 16, when he was trying to escape with four motorcycles he had snatched from their owners. The suspect was caught and beaten thoroughly, after the truck used to convey the stolen motorcycles broke down.

Spokesperson of Ondo State Police Command, DSP Tee-Leo Ikoro confirmed the incident. Ikoro said Emmanuel who was seriously injured before the police got to the scene of the incident, died before getting to the hospital.

The police spokesperson asked members of the public not to take laws into their hands.