Spokesperson of the command, DSP Bright Edafe, who disclosed this in a statement on Wednesday, May 19. 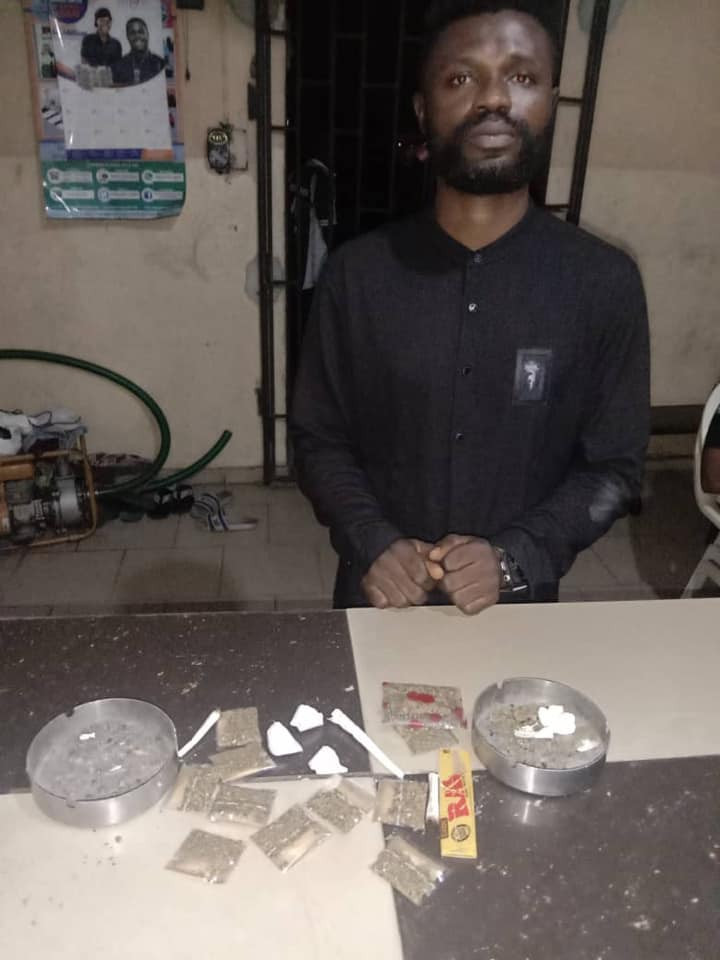 Moses Beriyate, a suspected illicit drug dealer, has been arrested by the operatives of the Delta State Police Command in Warri.

The spokesperson of the command, DSP Bright Edafe, who disclosed this in a statement on Wednesday, May 19, said the suspect was arrested with 13 wraps of ''skunk and 3 wraps of Indian hemp'' during a raid at a black spot.

"On 11/10/2021 at about 1930 in compliance with Delta State Commissioner of Police directives on the clamp down/raiding of criminal hide outs in the state, the men A division Warri divisional rapid response team raided a black spot at Olabrakonopere Community in Warri and arrested one Moses Beriyate, who is the owner of a drinking bar," Edafe stated.

"information has it that the said suspect deals in illicit drugs and Indian hemp, but luck ran out of him that day. When search was conducted at the bar, 13 wraps of skunk, 3 wraps of Indian hemp was recovered. Investigation is ongoing." he added.