It has been discovered that suspended NPA MD spent millions of unapproved public money on hotel expenses. 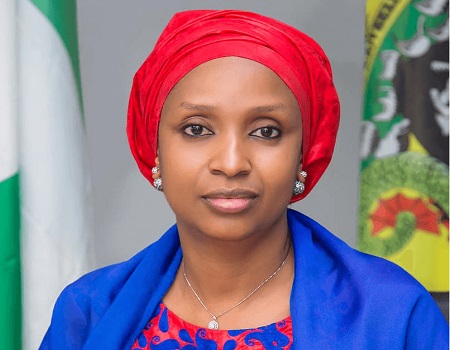 Nigerain Ports Authority MD, Hadiza Bala Usman
It has been revealed that suspended Nigerain Ports Authority MD, Hadiza Bala Usman spent unapproved public funds totalling N831 on hotels in 2016 and 2017.
According to SaharaReporters, documents showing the audit of the Budget Performance Report (BPR) for 2016 and 2017 for the NPA, revealed that under Usman, the amounts spent on hotel expenses for the two years far exceeded what was contained and approved in the budgets.
The report stated that the budget for hotel expenses for 2016 for the Authority was N734,327,025 while the actual expenses incurred was N1,093,439,200. And for 2017, the approved sum was N578,151,904 but a total of N1,032,752,943 was spent by the agency on hotel expenses alone.
The audit of the BPR further stated that there were “unapproved and unauthorised expenditures of N368,818,630 and N462,361,902 in the year 2016 and 2017 respectively.”
The two years sum up to N831,180,532.
The report said, “Area of coverage and summary of work done; as part of the exercise, the team performed analytical review of the administrative and operational expenses incurred by the Authority as contained in the Budget Performance Report for the year 2016 and 2017.
“Extra budgetary expenditure and hotel accommodation and under-disclosure of expenditure on hotel expenses; the team reviewed the BPR to confirm the level of compliance with the approved budget for the years under consideration and whether actual revenue and expenditure reported were adequately supported with underlying records.
“Key findings; it was observed that the Authority’s expenditure on hotel expenses in 2016 and 2017 were well above the approved budget for the respective period. The risks are; one, expenditure on hotel accommodation was under-reported in the BPR. The Authority’s expenses on hotel accommodation actually surpassed the approved budgets. Thus, there were unauthorised expenditure of N368,818,630 and N462,361,902 in the year 2016 and 2017 respectively.”
SaharaReporters had reported on Tuesday that contrary to the claims by Hadiza Bala Usman in a statement she signed in response to reports in the media, Usman, according to documents, singlehandedly awarded and approved contracts without the knowledge and approval of the supervisory Ministry of Transportation.
SaharaReporters had last Monday also reported that some stakeholders in the Nigerian ports petitioned the Economic and Financial Crimes Commission and the Inspector-General of Police to investigate Usman over alleged disappearance of over N20 billion under her watch.
In a petition signed by the stakeholders, Comrades Olayiwole Oke, Charles Dike and Musa Yola, and obtained by SaharaReporters, the stakeholders had noted that a “mind-boggling N20 billion of NPA’s financial transactions between 2016 and 2018 could not be traced, documented, or explained.”
They urged the agencies to carry out a detailed investigation of the NPA in their petition which they copied to the Office of the President, among others.
Top Stories