A man caught stealing bunches of Plantain has confessed why he did it in Bayelsa. 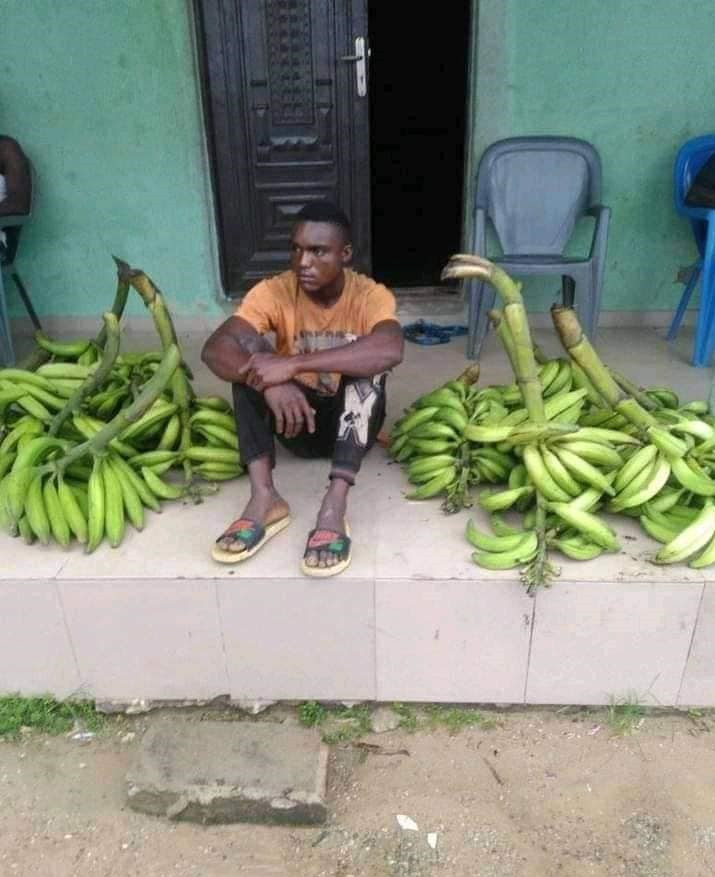 Plantain thief caught in Bayelsa
A man has begged for forgiveness after he was caught stealing bunches of plantain in Bayelsa state.
He claimed that he committed the offence because of his girlfriend.
According to Facebook posts shared by community leaders on Monday, May 24, the suspect was caught in Ebedebiri, Sagbama Local Government Area of the state.
During interrogation by a community leader, Peres Double, the suspect claimed that his girlfriend demanded for the sum of ten thousand naira (N10,000) supposedly to buy make-up and had given him a deadline to get the money.
The suspected thief from Angiama community, said he became so frustrated that he entered people's farms in Ebedebiri, harvested their plantains in a bid to sell them and raise money for his girlfriend.
The suspect pleaded with the community leadership to forgive him.