A man has been found alive after being attacked by unknown assailants in a forest in Bayelsa. 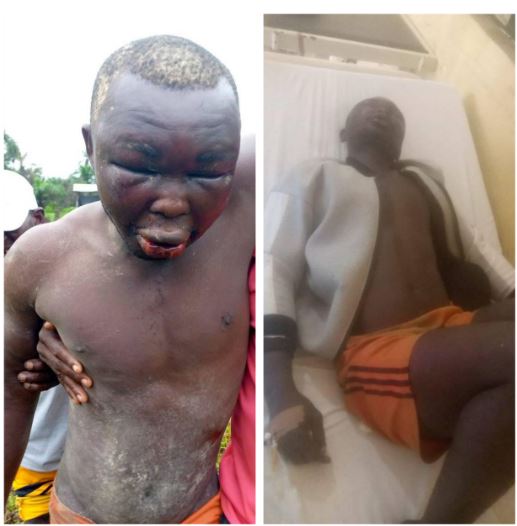 Tama Ozigbo
A man has been found alive after being attacked by unknown men.
The Nigerian man identified as Tama Ozigbo was thought to be dead by his attackers who abandoned his body, only for him to be found alive inside the forest in Bayelsa.
According to Facebook user, Afririki Mieseta, who disclosed this on Monday, May 24, the victim, a security personnel was beaten to pulp by six unknown men suspected to be robbers and then dumped in the forest with his hands and feet tied after they presumed him dead.
"This is Tama Ozigbo from Bulou-orua community in sagbama local Government Area of Bayelsa State, He was Beaten lifeless by 6 Men that came to steal from a Cat Machine by 3am on Friday night which they thought He is Dead & he was Dumped in a Forest hand & legs been tied," Mieseta stated.
"He Happens to be a Security Personnel Securing a Caterpillar Machine along Sagbama/ Ekeremor Road (Bulou/Orua). But, to the Glory of God. He is taking Medical Treatment. Calling on the Security Agency's to do something about this Barbaric act & Bring those involved to Book. Be security conscious and report any suspicious movement around your Area." 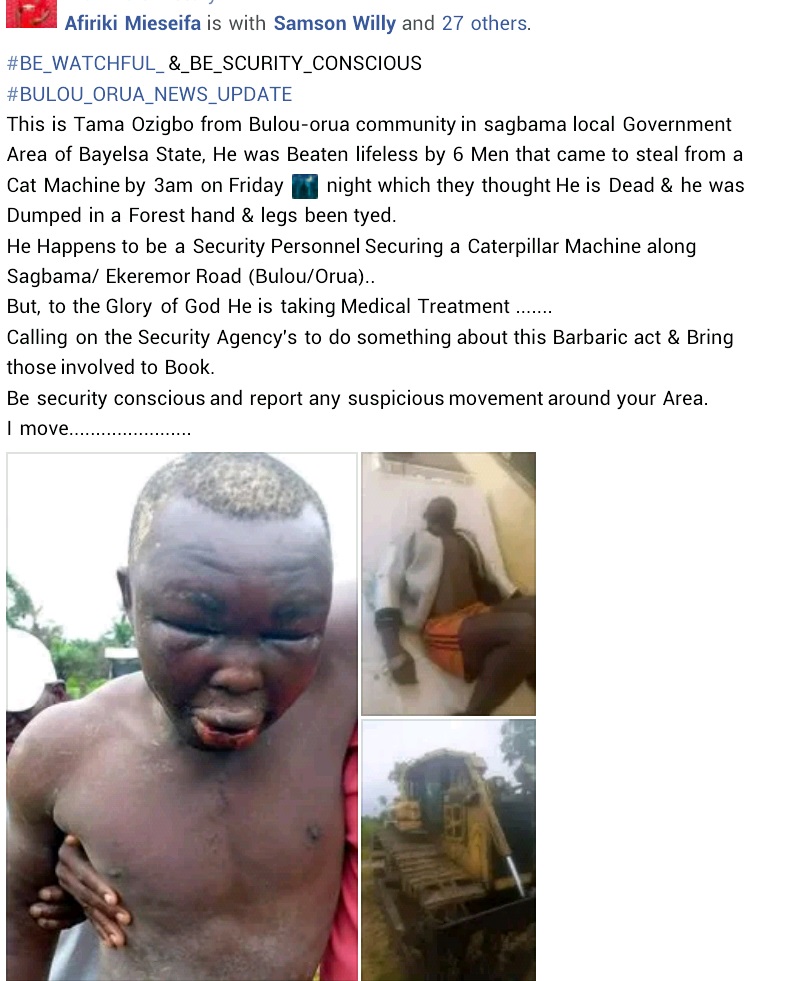