A woman said to have mental issues has been burnt alive by an angry mob after she was caught with 3 AK-47 rifles. 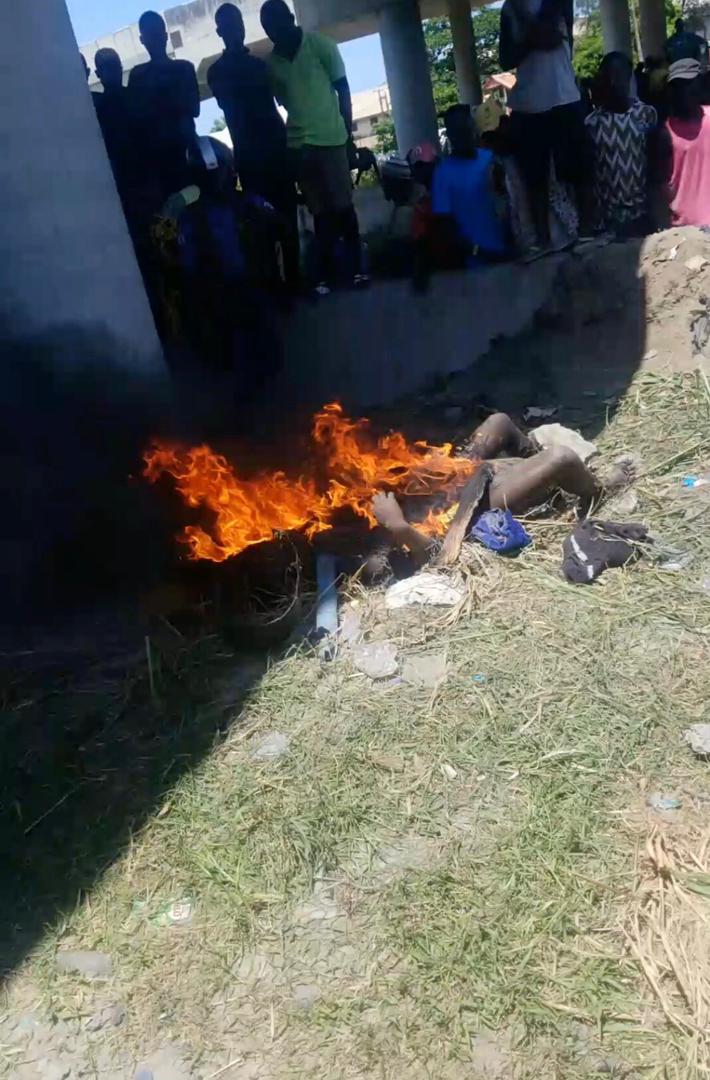 Mad woman burnt alive in Lagos
A mentally unstable woman has been burnt alive by an angry mob in Lagos.
It was gathered that the mad woman was attacked and burnt alive after she was caught with three AK-47 rifles stashed in a sack bag.
The tragic incident happened at Abule-Ado, Trade fair area of Badagry, Lagos State.
According to sketchy reports by an eyewitness that made a video of the incident, the mad woman allegedly keeps the rifles for suspected armed robbers. 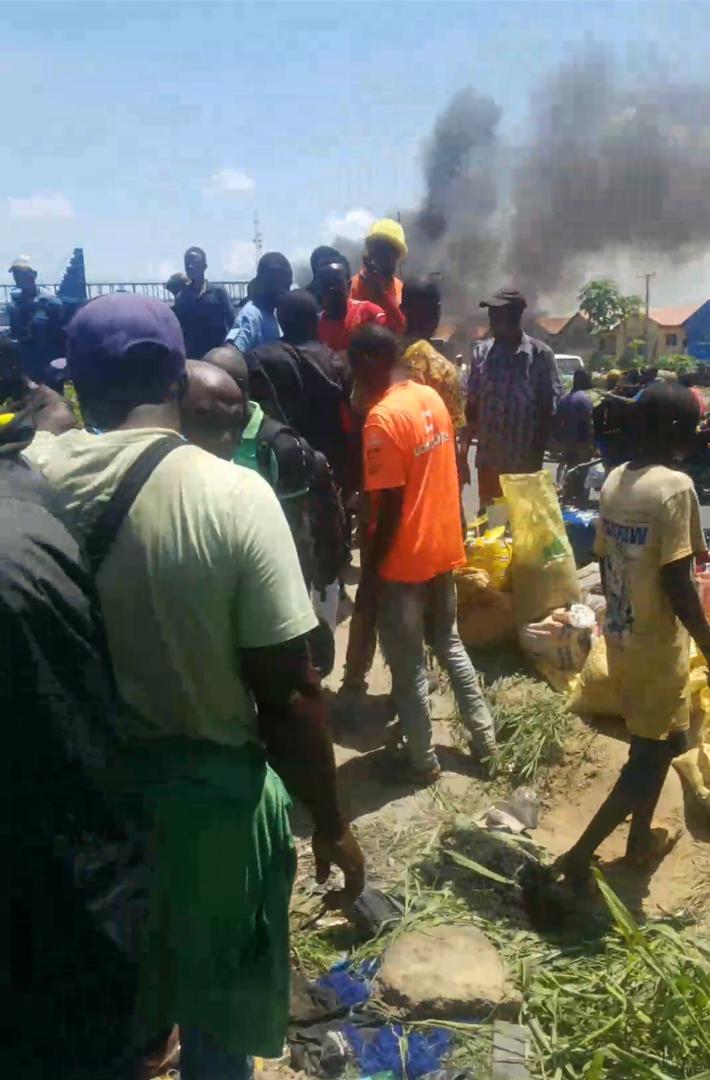