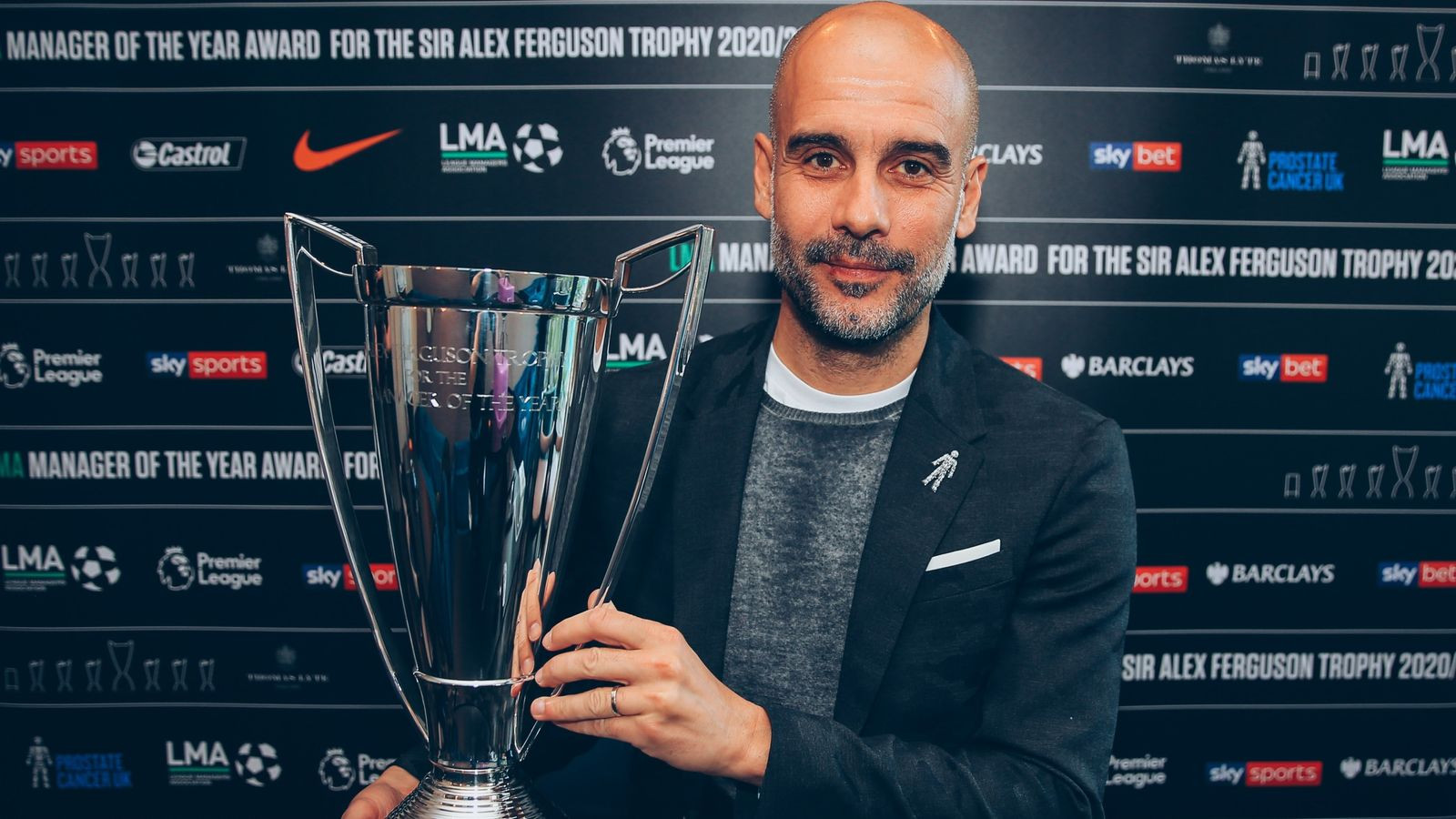 Pep Guardiola
Manchester City's Pep Guardiola has won an award from Premier League managers.
He has been named the League Managers' Association manager of the year.
Guardiola led City to a third Premier League title in four seasons, 12 points clear of nearest rivals Manchester United, and a fourth consecutive League Cup.
The club also won this season's Carabao Cup and will face Chelsea in the Champions League final on Saturday.
The five other managers in contention were Leeds' Marcelo Bielsa, Norwich City's Daniel Farke, Chelsea Women's Emma Hayes, David Moyes of West Ham and Leicester's Brendan Rodgers.
"I am delighted to win the LMA manager of the year award for the second time," said Guardiola, who previously won it in 2017-18.
"It is, for me, such a special trophy to win because it is voted for by my fellow managers. An award like this is only possible though if a manager is surrounded by top professionals.
"My players have been fantastic - their dedication and professionalism never wavered, even in a season that has been the most challenging we have ever faced.
"And my staff are also deserving of the highest praise. I am so lucky to have a team of people who give everything they have every single day to make sure Manchester City are the best we can be.
"This award is dedicated to and shared with them."
LMA Executive Committee member Sir Alex Ferguson added: "As well as being a truly gifted manager and leader, you always display admirable humility and composure and I am sure your family must be very proud of you."
Top Stories