We Have Not Received £4.2m Ibori Loot From FG - Delta State Govt


Claims by the Accountant General of the Federation, Ahmed Idris that Ibori loot has been returned to Delta state has been refuted. 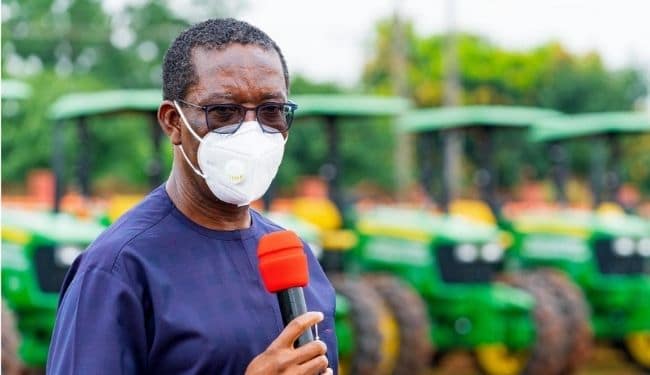 Delta Governor, Okowa
The Delta State government has refuted reports that it has received £4.2m Ibori loot from the federal government.
Recall that the Accountant General of the Federation, Ahmed Idris had told House of Reps ad-hoc Committee on Assessment and Status of all recovered loots movable and immovable assets that federal government had returned the looted money to Delta state.
Denying the statement by Ahmed Idris, the Chief Press Secretary to the Delta State Governor, Olisa Ifeajika said the state is yet to see such reflect in its account.
Ifeajika made this known at Government House Asaba while reacting to the Accountant General’s claim. He appreciated the willingness of the Federal Government to refund the money to the state and promised that the Delta State government will inform the public whenever the state receives the money.
It would be recalled that Idris mentioned that Delta State has been refunded the £4.2m Ibori loot recovered from the United Kingdom government while giving an account to the Adejoro Adeogun, reps ad-hoc house committee on how the Federal Government spent the recovered loot from 2002 till date.
Top Stories