Constitutional Review May End Up Inconclusive Like Others – President Christian Lawyers in Africa, Akanni


A Nigerian lawyer has reacted to the ongoing constitutional review by the Nigerian senate. 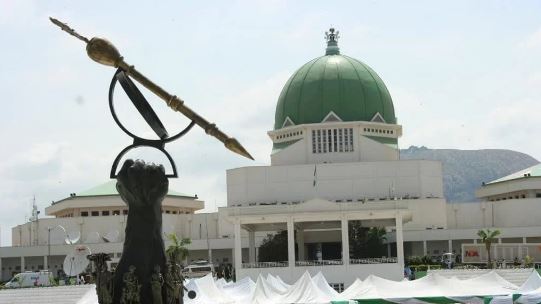 National Assembly
Nigerians have been told not to rejoice yet about the ongoing constitutional review by the 9th Senate as it might end up inconclusive like others.
This was made public by the President, Christian Lawyers in Africa, Barrister Sunny Abayomi Akanni.
He said, “l am sure that if this Senate will do the constitutional review we (Nigerians) are asking for, they will become the only lawmakers that may have made Nigerians happy but nothing may come out of it and l will not be surprised. But l am praying for them that they should just wake up and have the courage to do what Nigerians are asking them to do.”
Speaking exclusively with DAILY POST on Wednesday in Kaduna on the sideline of the ongoing constitutional review exercise, the Kaduna and Abuja based legal practitioner noted that if the Senate failed to do what Nigerians are asking them to do, “If not one way or the other, certain things may force us to do what we need to do.”
According to him, “We are believing and hoping that the exercise will be fruitful. This is not the first constitutional review exercise that l have participated in. I have not seen fundamental changes that we are looking for because the 1999 constitution is not a constitution for Nigeria, the constitution was imposed on us. If you read it, the prefixes, it was given to us by a decree, so we are looking for a constitution that will be the constitution of the people of Nigeria and that is whyl said, l hope the exercise will be fruitful.”
He noted that Nigerians are talking of Nigeria as a Federal Republic of Nigeria, adding that there is nothing Federal in Nigeria. “All we see are governors going to Abuja to go and collect money, that is not federation, ” he stressed.
He explained, “If you said a federating unit, the State should be a unit that generates its own money, spends it and sends some to the central government. If this is done in this nation, Nigeria will become great.”
The former President, Christian Lawyers Fellowship of Nigeria observed that Nigerians are talking about regions, stressing that constitutionally, the six regions are illegal because they are not in the constitution. It is 36 states and Abuja that we have in the constitution, the six geopolitical zones came into play not in the constitution.
He noted that if the country wants the regions to be constitutional, it should be done properly so that they would be allowed to develop at their pace, allow them make money, have their police and have quite a lot of other things so that when anybody sees it, he would say it is a regional government.
He lamented that the former constitutional review exercises have no conclusive outcome, adding that the National Conference report of 2014 is somewhere wasting away.
He noted, “So what is wrong with those ones that had no conclusions? There are no results coming out of those discussions, so it looks as if we are wasting our time and resources. Some of us are angry because the present Senate is half way to end its tenure, they will tell us that they don’t have time. If you know you want to do it constitutionally, begin it in earnest, that is at the right time, go round the country, get opinion, put it together and let’s forge ahead.”
He is of the belief that some structures in the country have bottlenecks, pointing out that a police Commissioner cannot take instructions from a governor but from the Inspector General of Police.
He explained that the governor is handicapped as he or she could not tell the soldiers, police or security agencies to do something unless with the permission of the federal government.
He called on Nigerians to have hope in the future, assuring that things would take shape for the overall development of the country.
Top Stories