Inside Sokoto Hospital Where Surgery Takes Place In A Store


A Primary Health Centre meant to treat minor sicknesses and vaccinate patients has been turned to a centre for illegal surgery. 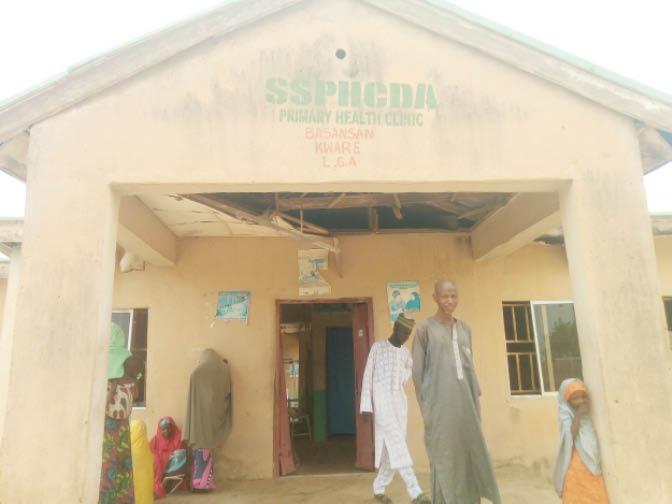 The Basansan community in Kware Local Government Area of Sokoto State is very popular for its ‘illegality’ in the name of saving lives.

A Primary Health Centre meant to treat minor sicknesses and vaccinate patients has been turned to a centre for illegal surgery.

The ‘surgeon’, according to our findings, is a community health officer based in Zamfara State, while the health worker, Nura Muhammad, is currently working with a Primary Health Centre in his hometown of Mayanchi in Maru Local Government Area of Zamfara State.

Without the consent of the local authorities, Nura had been going to the clinic to conduct surgeries on patients having hydro cells and hernia, since 2017.

Our investigations reveal that Nura operates on a ‘treat and go basis’, he discharges his patients immediately after the operation, no matter the severity of their condition.

Invitation by the villagers

Daily Trust reliably gathered that locals who were hitherto taking their patients to Mayanchi for such services invited him to the village.

The Village Head of Basansan, Hamza Muhammad, said: “Our people used to take their patients to him at Mayanchi, where he carried out surgeries on them at the primary health centre and they were getting better.”

He added that they were attracted by his low charges and effectiveness, stressing that in every 20 cases he treated, “we hardly recorded two problems.”

When our reporter visited the clinic, he discovered that surgery was taking place in a room that was tagged “store and dispensing room”, without restriction.

The room had two parts; the first one was used as Open Registry, while the inner one was used for the surgery and for keeping the hospital items.

There was only one bed in the room and some items for dressing wounds, which were also believed to be used by Nura in performing the surgery.

Contacted, the officer in charge of the clinic, Isa Sa’idu, admitted that the room was not conducive for medical surgery because “it is not hygienic and lacked all that is needed for surgery”.

“I stayed in many hospitals before being posted here. I was at General Hospital, Dogon Daji, Specialist Hospital, Sokoto and Usmanu Danfodiyo University Teaching Hospital. This is not how a theatre room should be.

“The surgical equipment are supposed to be intact and there must be some machines like oxygen machine among other necessary things in case of complication.

“Another important thing is stable electricity supply. But here, there is no light or even a standby generator,” he said.

On why they were allowing him use their facility, he said it started long before he came and found out it was based on a request by members of the community.

“So, being a new person in town, I could not stop it else I would start having a problem with them,” he said.

When asked whether the local authorities were in the know of his activities, he said, “I don’t know, because I resumed just one month ago.”

Daily Trust, however, gathered that the self-acclaimed surgeon has some agents in the hospital who notify him of the number of patients waiting for his services.

One of them, Abbas Muhammad, told Daily Trust that people were patronising his services because his charges were low.

“He charges like N15, 000 which is very meager compared to what one can pay in bigger hospitals,” he said.

Muhammad, who is a volunteer health worker in the hospital confessed to be receiving a percentage on every payment made.

A sad one for the Liman’s

For the family of Sodangi Aliyu Ruggar Liman, it was a different story as their father could not survive the hernia surgery performed by Nura at the Mayanchi Primary Health Center.

The second son of the deceased, Abdulmutalib Sodangi, said their father had been suffering from hernia for years.