Members of the Eastern Security Network have been killed by soldiers in Rivers state. 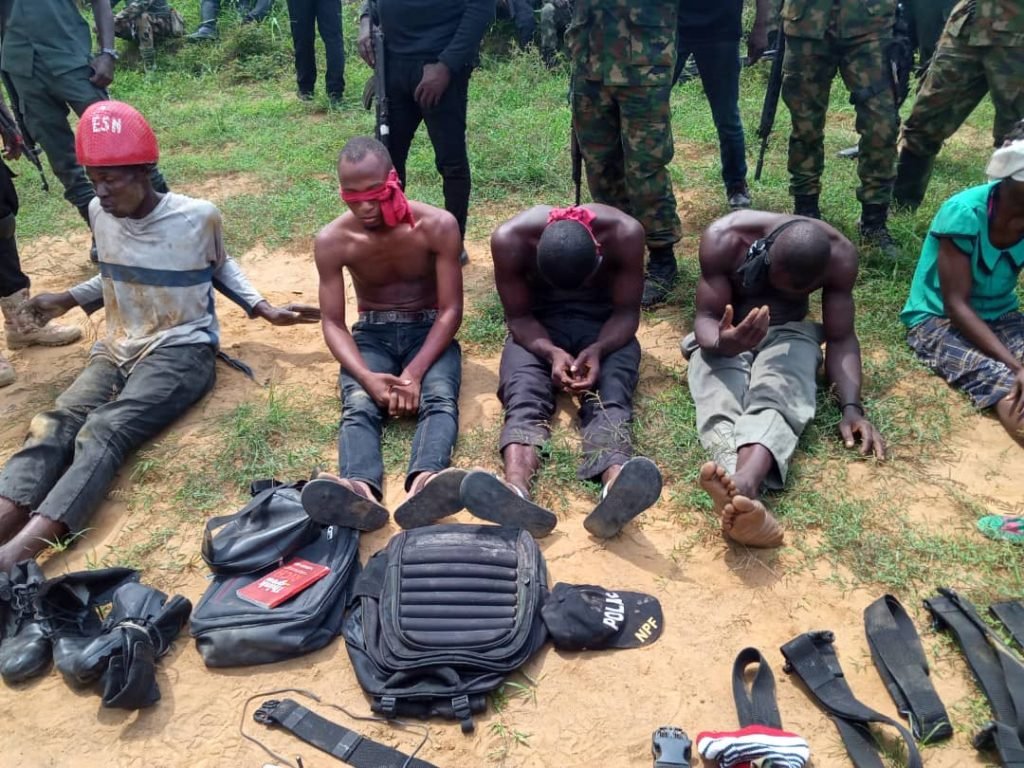 ESN members captured by soldiers
Members of the Eastern Security Network (ESN), the security arm of the Indigenous People of Biafra's security arm have been killed by soldiers and other security agencies.
The government forces raided their camp in Agbochia Forest in the boundary between Eleme and Oyigbo Local Government Areas of Rivers.
Oyigbo is a town 30 kilometres from the state capital, Port Harcourt
The troops, led by Brig. Gen. M. D. Danja also arrested five ESN militants.
The Nigeria Police, Department of State Security Service (DSS) and Nigeria Security and Civil Defence Corps (NSCDC) were part of the joint operation.
An intelligence officer told PRNigeria that the troops did not record any casualty.
Items recovered include AK 47 rifles, G3 rifles, locally made machine gun, G3 magazine, rounds of ammunition and Baofeng handheld radios with chargers. 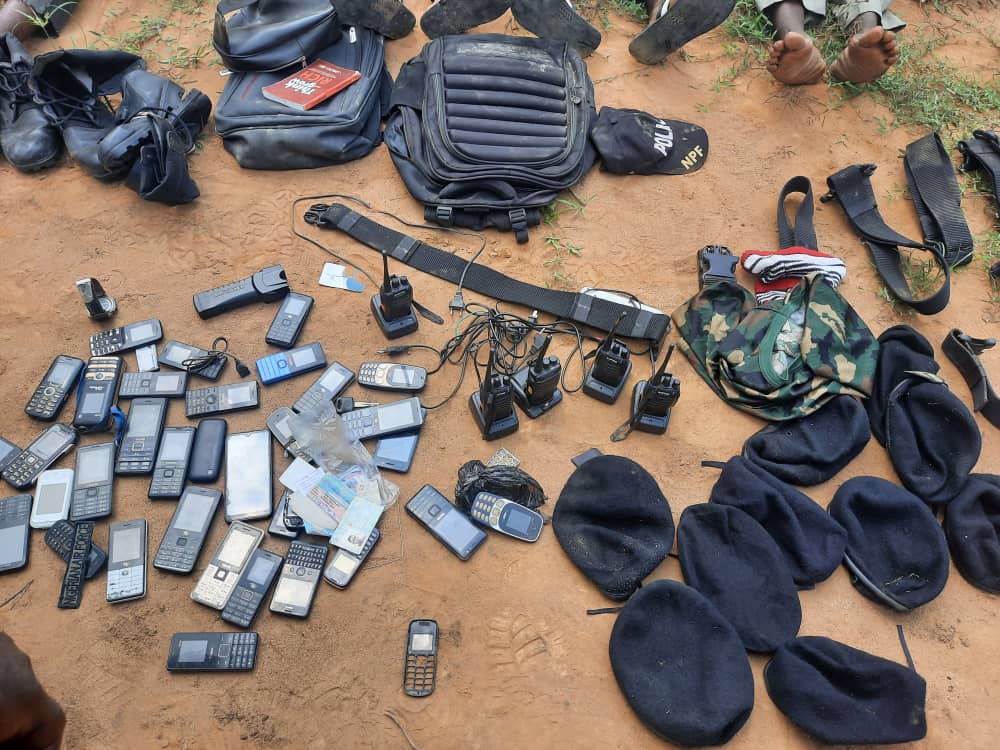