Stating his reasons, Freeze said the name “Jesus”, does not have any actual meaning in Hebrew, Aramaic, Greek, Latin nor English language but "Lucifer" has. 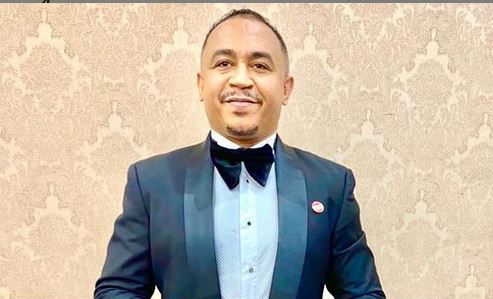 Stating his reasons, Freeze said the name “Jesus”, does not have any actual meaning in Hebrew, Aramaic, Greek, Latin nor English language.

Using some of the verses from the Bible to backup his claim, Freeze wrote;

"I declare to you today that praying in the name or title ‘Lucifer’ is more potent than praying in the name your colonial masters gave your savior.
–
Jesus has NO meaning in Hebrew, Aramaic, Greek, Latin or English, while Lucifer’ on the other hand means ‘light bringer’ as used in the original Latin scriptures quoted below, correctly translated from the Greek word ‘φωσφόρος’ which has the 100 percent exact same meaning as Lucifer.
–
Below, you can clearly see a well documented instance of Peter calling Christ ‘Lucifer’ in the Latin Bible and ‘φωσφόρος’ in the Greek Bible. The original language of the New Testament is GREEK and to properly understand scripture, you can’t neglect it.
–
The Greek and Latin bibles were written more than 1,600 years before the grossly erroneous biblical mistranslation called the King James Version was declared as the ‘Authorized Version’.
–

"When You Pay Your Tithe, It Is A Forever Seed, The Harvest Never Ends," - US Pastor, Mike Murdock
Recent Stories