The students blocked the road leading to the government house to protest about the hike in tuition fees. 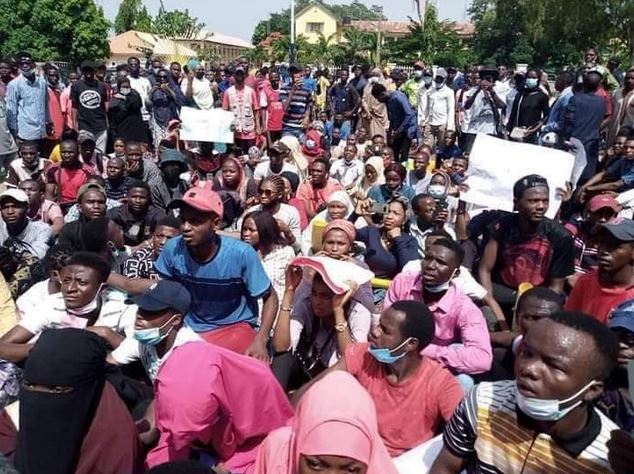 Following the increase in the tuition of Kaduna State University (KASU), the students of the institution stormed the state government house to protest on Tuesday, June 1.

The students, in their thousands, carried placards with various inscriptions such as: “We are orphans, reverse the fees”; ” Please help us to get education and not kill our dreams of getting educated” and Education should be for all not only for the children of the rich” among others.

One of the students, Comrade Yusuf Shehu, asked the state governor, Nasir El-Rufai, to rescind the decision to increase school fees for the sake of the children of the poor in the school.

“We are appealing that the increase should be reversed because with the present increase, most students will be forced to drop out except something is done about it.

Even with the former fee, it was very difficult for some students to pay, most of them have to do menial jobs to be able to pay their schools fees, some of us are orphans.

We are only appealing and not making it a must because even the cost of living is not easy to come by now. Some of our parents have been relieved of their jobs, so it makes it more difficult for us.”he said 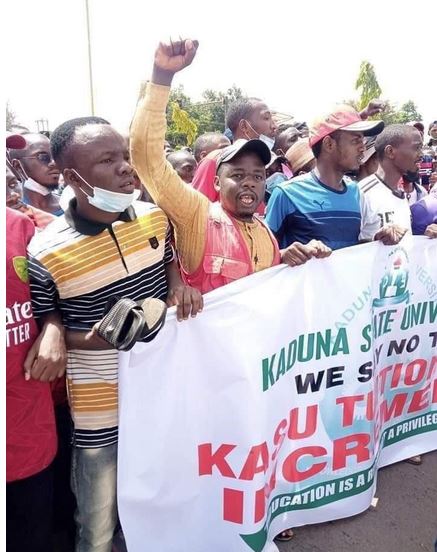 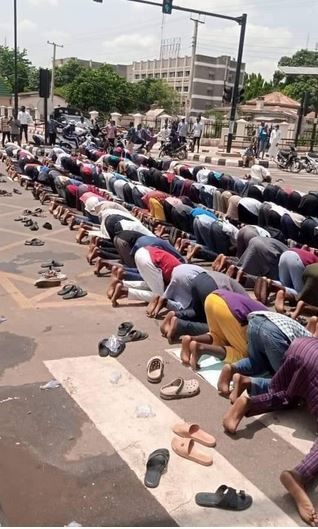