It was gathered that the students blocked the school gate, preventing the members of staff and lecturers from entering. 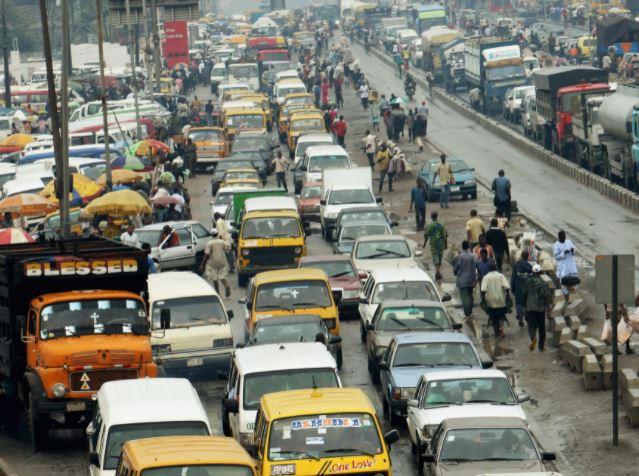 According to a report by The PUNCH, hundreds of students of D S Adegbenro Polytechnic, Itori, Ogun State have blocked the Abeokuta-Lagos Expressway.

The protest led to traffic gridlock, leaving so many travellers stranded for hours.

Both sides of the expressway were blocked by the protesting students.

It was gathered that the students were protesting against the management of the school.

It was gathered that the students blocked the school gate, preventing the members of staff and lecturers from entering.

An eyewitness said the students didn’t allow any entrance by anybody, except those who came into the campus early.

It was learnt that the students were protesting for not allowing their colleagues to write exams.

According to the students, the management disallowed some of their colleagues from writing the exam on Tuesday for not meeting up to 75 per cent attendance.

The Public Relations Officer of the institution, Yinka Adegbite, confirmed the protest.

Adegbite said the management was making moves to resolve the matter.

It was gathered that attempts by the acting Rector to calm the students failed as they shunned his pleas.