In a statement he released on his website, Trump said Twitter should be banned in more countries as they oppose free and open speech on their platform. 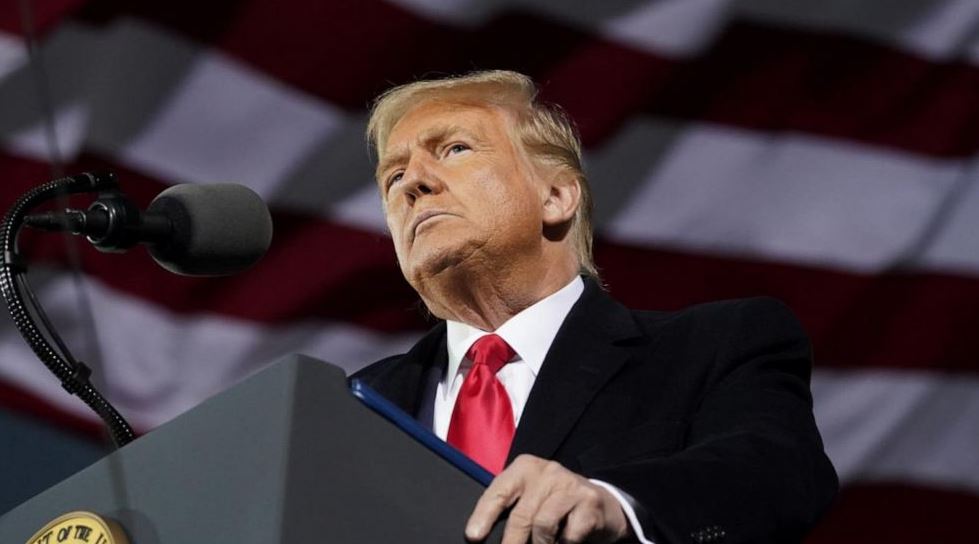 The immediate past President of the United States of America, Donald Trump has thrown his weight behind the Nigerian government over her decision to ban the Microblogging platform, Twitter.

In a statement he released on his website, Trump said Twitter should be banned in more countries as they oppose free and open speech on their platform.

“Congratulations to the country of Nigeria, who just banned Twitter because they banned their President. More COUNTRIES should ban Twitter and Facebook for not allowing free and open speech—all voices should be heard.

“In the meantime,” the former president continued, “competitors will emerge and take hold. Who are they to dictate good and evil if they themselves are evil? Perhaps I should have done it while I was President. But [Facebook founder Mark] Zuckerberg kept calling me and coming to the White House for dinner telling me how great I was. 2024?”

Nigeria’s Federal Ministry of Information and Culture announced Friday that Twitter’s operations had been “suspended indefinitely” due to its use for “activities that are capable of undermining Nigeria’s corporate existence.” The ministry was widely mocked for posting its statement about blocking Twitter on its Twitter account.

Earlier last week, the social media giant that has been rebuked for censoring mostly conservative viewpoints, deleted a tweet by Nigerian President Muhammadu Buhari that appeared to threaten secessionist groups in the Biafra region.

“Many of those misbehaving today are too young to be aware of the destruction and loss of lives that occurred during the Nigerian Civil War,” Buhari tweeted, referring to the Biafra Conflict, which killed 1 million people between 1967 and 1970. “Those of us in the fields for 30 months, who went through the war, will treat them in the language they understand.”

“We are deeply concerned by the blocking of Twitter in Nigeria. Access to the free and #OpenInternet is an essential human right in modern society,” Twitter said in a statement Saturday. “We will work to restore access for all those in Nigeria who rely on Twitter to communicate and connect with the world.”

Trump himself received a permanent ban from Twitter in the wake of the Jan. 6 riot at the US Capitol.