Ogundamisi alleged that ESN abducted the policewoman and made her identify the homes of fellow officers to be assassinated. 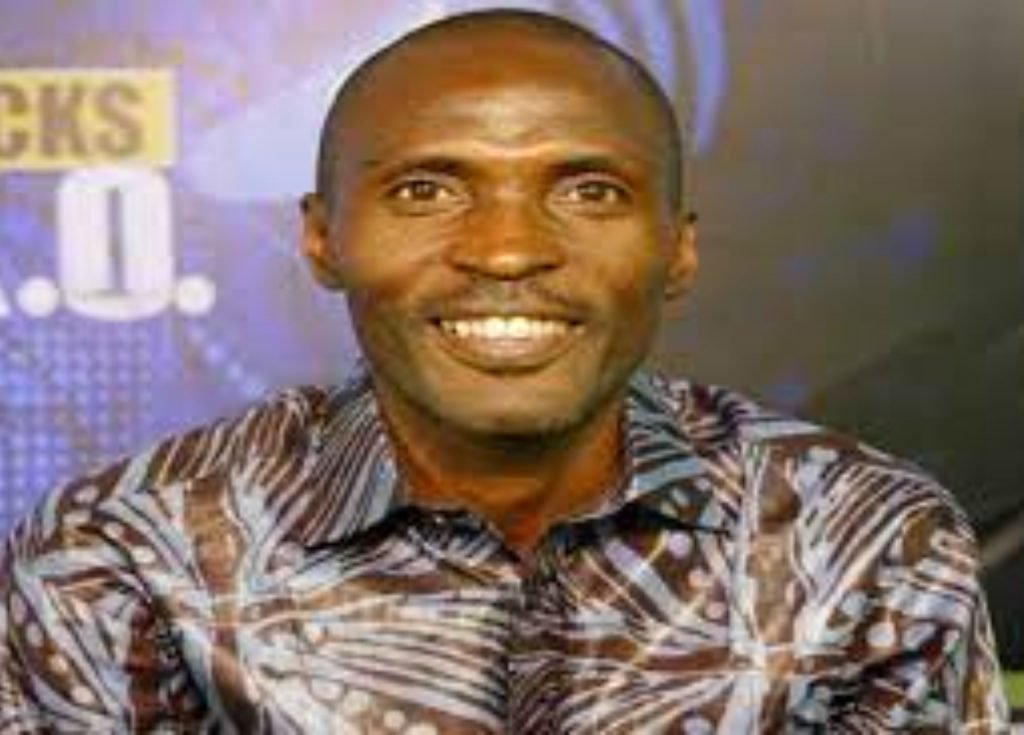 Kayode Ogundamisi, a popular Nigerian political activist and commentator, has accused the Eastern Security Network (ESN), the militia arm of the Indigenous People of Biafra (IPOB), of kidnapping a policewoman.

Ogundamisi alleged that ESN abducted the policewoman and made her identify the homes of fellow officers to be assassinated.

In a tweet, the political commentator wrote: “Just to break it down, Nnamdi Kanu’s IPOB armed wing aka ESN kidnapped a @PoliceNG woman and made her point the homes of Nigeria police officers to be assassinated. @ukhomeoffice and @ukinNigeria officially classify IPOB and its armed militia wing ESN as a nonviolent group.” 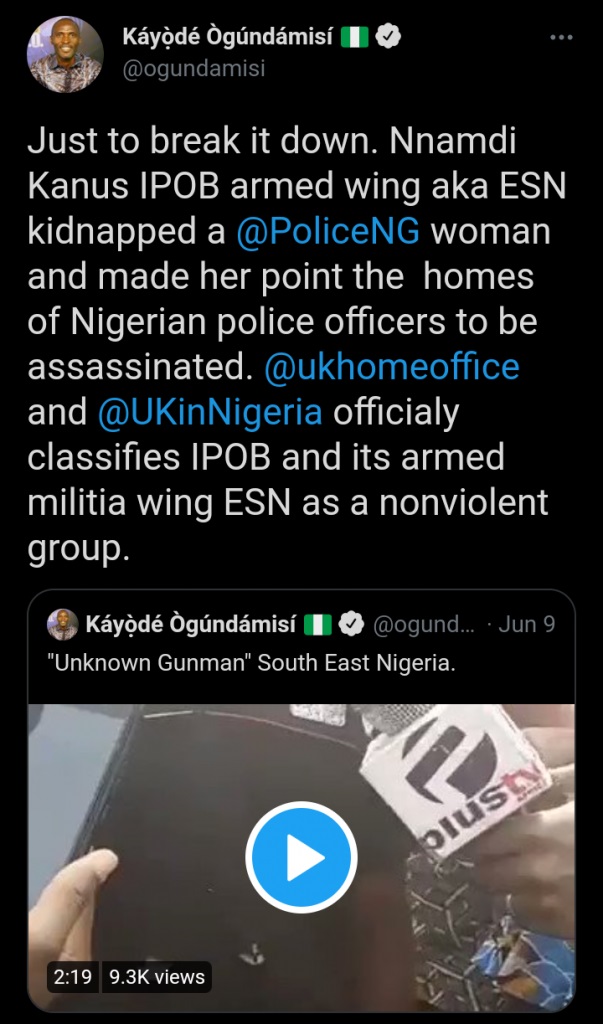 Some attacks and killings in the Southeast have been associated with ESN.

Recently, the Minister of Information and Culture, Lai Mohammed accused Twitter of allowing IPOB’s leader, Nnamdi Kanu to issue orders to his members.

Mohammed had said these orders by Kanu are capable of destabilising Nigeria.

Despite criminal allegations, IPOB has insisted that ESN is not a terror group and not involved in criminality.