The man who happens to be the first driver of the later Prophet TB Joshua shares his experiences with the man. 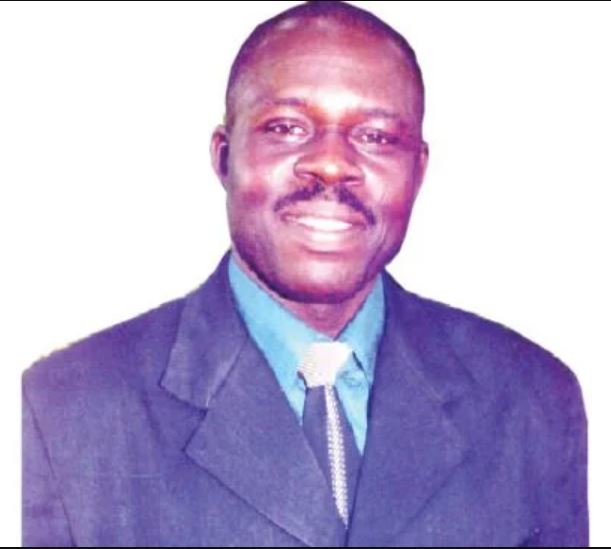 Samuel Omoyefa, a sixty-six-year-old man is the first driver of the late Prophet Temitope Balogun Joshua of the Synagogue Church of All Nations.

Here, he shares his experience driving the late clergyman with GBENGA ADENIJI

Tell us about yourself.

I hail from Ora-Ekiti, Ekiti State and trained as a mechanic. I am the fourth child of my parents. I attended only primary school before I went to Enugu State to live with our parents’ first child who’s a soldier. I got to Enugu in 1971 and completed training as a mechanic (automobile technician) in 1973. After I completed training, my brother spoke to one of his friends in Jos, Plateau State, and I went there to work with him as a mechanic and also served as an operator of a stone crusher. I later left Plateau State to Kaduna where I worked at CFAO. There was a crisis in Kaduna at the time and I left in 1980 for Ekiti State. I eventually left for Lagos State in 1981 and established a mechanic workshop with my younger brother in the Mafoluku, Oshodi area of the state. I was staying at Iyana Ipaja then. I got married in 1982.

When did you meet the late cleric, Prophet Temitope Joshua?

I met him through his wife, Evelyn. Remember that I said I lived in the Iyana Ipaja area when I arrived in Lagos State. The woman who later became his wife lived with her brother in the same compound we stayed in. We were neighbours. They later moved to Egbe in the Ikotun area and we still kept in touch. After some time, we also left Iyana Ipaja and moved to Egbe but it was not the same house. One day, the wife visited us with her first baby, Serah, who is now a lawyer. I didn’t know who her husband was then and I asked for their house address so that I could also visit them. I visited them on a Sunday but they were not at home. Their neighbours told me that they had gone to church and described to me how to locate the place. I took a commercial motorcycle to the church which was then known as ‘Tope’s church.’

As I entered, I noticed that the church was built with planks and the worshippers sat on a mat. The man of God wore a white garment. After the service ended, he attended to some church members and I went to meet his wife who took me to him and said we were co-tenants in a building they lived in Iyana Ipaja sometime ago before relocating to Egbe.  Her husband greeted me warmly and prayed for me. I noticed something that day in the church which surprised me and made me conclude to join the church. When the worshippers wanted to give offerings, he told them not to but to give the needy on their way home.  I narrated everything to my wife when I got home that day. After some time, she joined me to worship there. Some musicians such as Adewale Ayuba, Ahuja Bello and the late Orlando Owoh among others were some of the worshippers I used to see in the church then. The location was not where the Synagogue Church of All Nations is today. He moved to the place some years later. I cannot recall the exact year though.

How would you describe activities at the church then?

It was a miracle centre. The sick were brought to the church and the prophet prayed for them and they got healed. I was consistent in the church and one day I became his driver. I am his first driver.

How did that happen?

I dreamt that I was given two car keys and a white key holder. I narrated the dream to the then choir master, Brother Olu, who married the late cleric’s immediate sister. We were on a mountain together then. He told me that we had to narrate the dream to the man of God. When I met the prophet and narrated the dream to him, he told me that what he saw was that I would do the work of God. He pointed at his car; a Passat parked a few distance away and asked me when I would start, I said that any moment. He replied that any moment started from then. That was how I started. I told my wife that I wanted to work for God. In fact, I didn’t go to Mafoluku again where I operated a mechanic workshop with my brother. It was when some of my colleagues and friends came to the church for healing that they saw me. They were surprised though.

What did he always do whenever you were going on trips?

He usually sat at the back and would be reading the Bible. Sometimes, he would be in silent prayer using a rosary. Occasionally, he sat in the front seat. I liked playing Ebenezer Obey and Orlando Owoh’s songs and he usually enjoyed them while the trips lasted. I used to play gospel songs whenever we travelled too and he would sway gently to the music. He also liked cracking jokes because I am a humorous person too. I recall also that Owoh went with us twice to the cleric’s hometown in Arigidi Akoko, Ondo State. The late singer sat at the front seat on the two trips he made with us to the town. We usually went to a mountain to pray at Arigidi Akoko.

It’s believed that he was a giver. Do you hold the same opinion of him?

He gave out things freely to people. That is all I can say about that. He was also a humble person. At least, I saw that in him throughout the time I drove him.

Which trip would you describe as your most unforgettable with him?

It was the journey to Imo State. I drove a brand new 504 GL and we had a police escort. It was a long convoy. We were returning and one of the drivers in the convoy identified as Sule faced motorists approaching from Akure, Ondo State. He nearly hit the car I was driving and I tried with measured expertise to steady the car. You know the way a convoy is, if one of the drivers miscalculates, others are also in trouble. When we arrived at our destination, the policemen and other drivers saluted my driving skill. The prophet was impressed with me and gave me N5,000. I was happy because he recognised my commitment. When the prophet lost his mother, I was the one who drove the coaster bus that took some people to Ondo State. The crowd was intimidating that day.

The prophet trusted my driving skill. There was a time I couldn’t drive him because I had haemorrhoids. He sent one of his disciples, Michael, a Ghanaian, to call me. Michael was still talking with me in the house where I lay on a chair when the man of God entered my house. I didn’t know he was outside because the person he sent to call me was still asking how I was feeling. When I saw him, he assured me that Sule would soon be around to take me to church and he left with his other disciples. That day when I was driven to the church, he prayed for me. After that I used the oil he prayed on to rub my body and anus. That day, I was healed miraculously. I left the church after some time.

Why did you leave?

I spent about 10 years with the man of God until a new driver was appointed. I still worshipped in the church for some time before leaving. I joined the church in 1993 and left in 2003. I should add that I already dreamt that I would leave after some time.