A pastor has landed in police net in Delta state for allegedly defiling a baby. 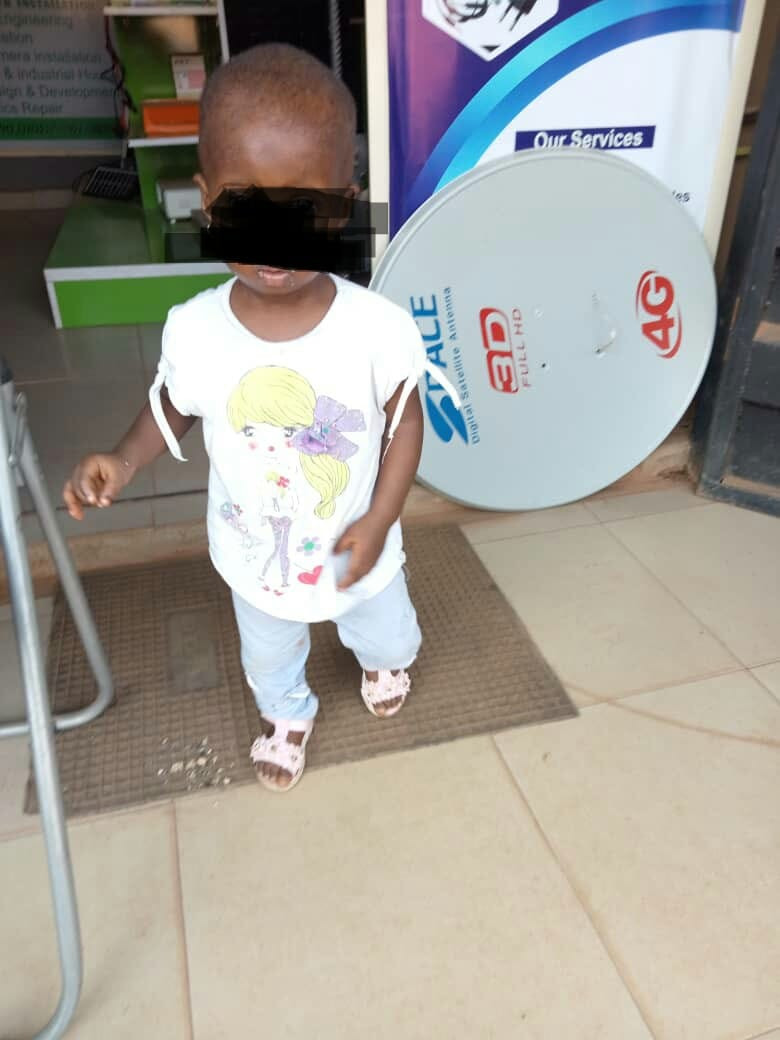 Young girl defiled by a pastor in Delta
A pastor Kalu Ijeoma of Deliverance Evangelical Church, Onitsha has been arrested by the police.
He was arrested for alleged defilement of a 19 month old child.
We had earlier reported that the pastor was accused of defiling the minor who is his sister-in-law's daughter.
Confirming the development, Centre For Basic Rights Protection And Accountability Campaign said the Mr Kalu was arrested by men of B-Division Police station in Asaba on Tuesday morning, June 15.
"The Pastor Mr Kalu Ijeoma of Deliverance Evangelical Church At Onitsha who allegedly defiled 19 MONTH old child of his wife's younger sister has been arrested by B-Division Police station in Asaba ,Delta state on Tuesday morning where the alleged incident took place. The Pastor had in a telephone interview with Centre for Basic Rights Protection and Accountability Campaign said he is innocent of the allegation against him by the wife's sister. Centre for Basic Rights calls for a thorough and unbiased investigation into the alleged defilement of 19 months old girl." the group wrote 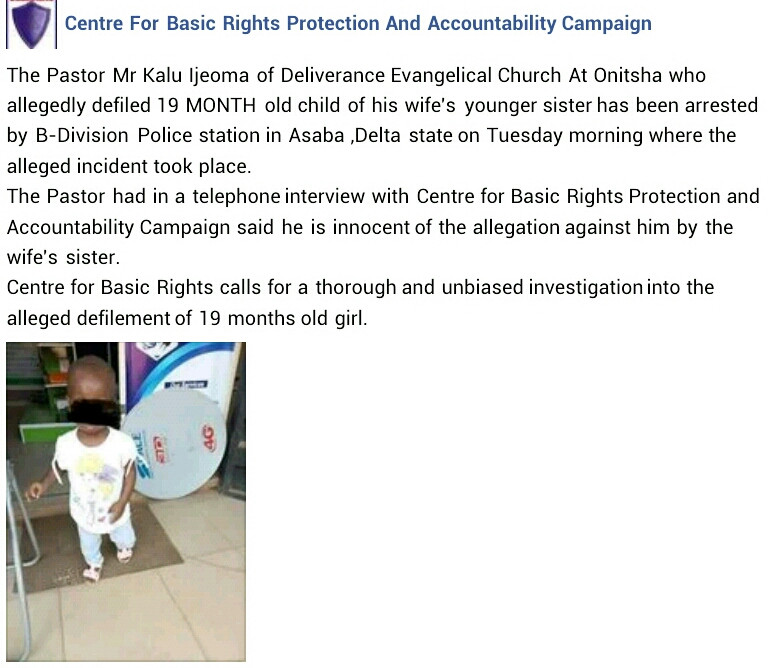