Prince took to social media to call for help and Tacha was close to the location, so she helped out. 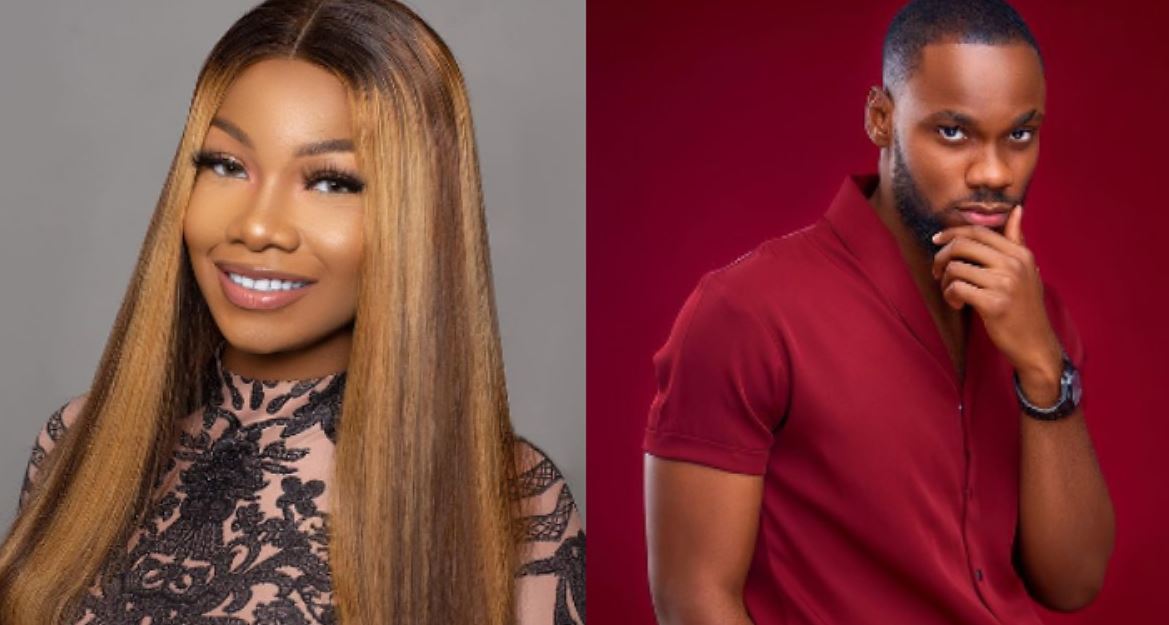 Reality star and brand ambassador, Tacha helped save Prince’s friend Somto after he tried to end his life by taking sniper last night.

Reality star Prince raised alarm last night after he saw a disturbing update on his on Somto’s social media page and quickly called for help. 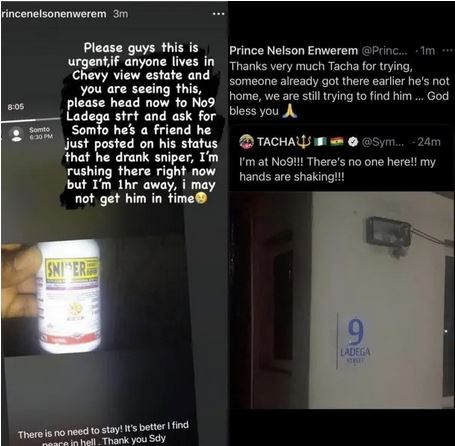 He begged social media users who are close to Chevy view estate to help locate and rescue his friend as he was far from the area and might not get to him on time. 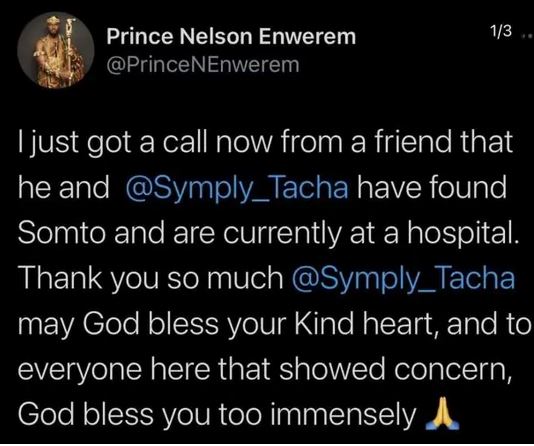 Fortunately, Tacha was close to the location and was able to get to Prince’s friend on time. Somto was later taking to the hospital by Tacha and one of his friends. 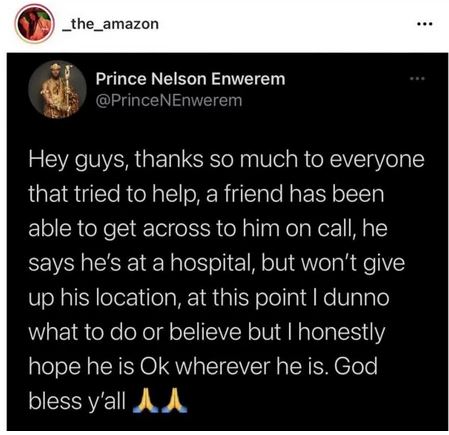