The federal government has revealed plans for its pilot grazing reserves to take place in 21 states. 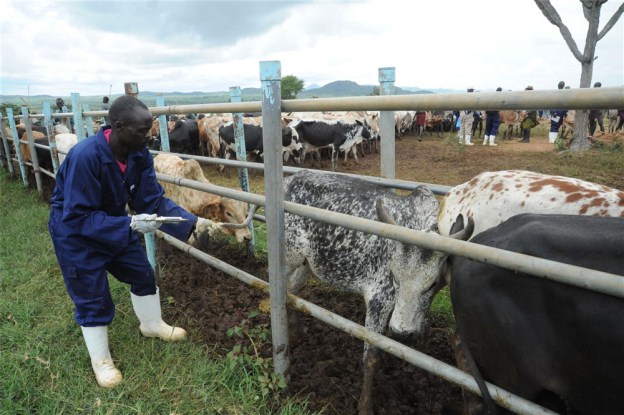 Cattle grazing
The federal government's plan for the grazing reserves will kick off after it shortlisted 19 northern states and two others in the South West for the initiative.
The two southern states are: Oyo and Ogun.
According to Guardian Nigeria, this is in line with FG's National Livestock Transformation Plan (NLTP).
While Ogun is yet to be gazetted for the scheme tailored at having at least a ranch in every state, the Acting Director, Animal Husbandry in the Ministry of Agriculture and Rural Development, Winnie Lai- Solarin, confirmed the development.
Also speaking yesterday in Abuja during the 44th regular meeting of the National Council on Agriculture and Rural Development (NCARD), the minister, Sambo Nanono, affirmed that 22 states and the Federal Capital Territory (FCT) had registered with the NLTP’s office.
He said a Dutch consortium was partnering with the government to begin the pilot phase for the project in Nasarawa State, adding that the site will serve as a hub for knowledge and skill transfer to the pastoral communities and encourage them to adopt ranching as a mode of farming.
“We are all aware of the troubles that our nation is going through with respect to the farmers-herders clashes, which have often produced violent and expensive consequences. This administration is more committed than ever to resolve this problem on a more permanent solution,” the minister noted.
He said when fully implemented, the NLTP would bring an end to the incessant clashes and introduce the herders to the modern way of raising cattle, with all the added benefits of improved feeding, animal and human health, genetic improvement, value addition and better socio-economic standing for participants.
He stated that the scheme had been adjudged well-conceived globally, with the government resolving to create an enabling environment to attract more investments into the sub-sector.
However, to ensure effective monitoring of government interventions in the agriculture sector, the current administration has established an online portal to capture bio-data of 10 million farmers and link them with their plots, crops and volumes of production in the country.
He said the government initially intended to capture 2.4 million farmers but ended up extending the target to 10 million on the advice of the Economic Sustainability Plan Team.
Top Stories