According to him, several others are finding life difficult in incarceration for committing no offence. 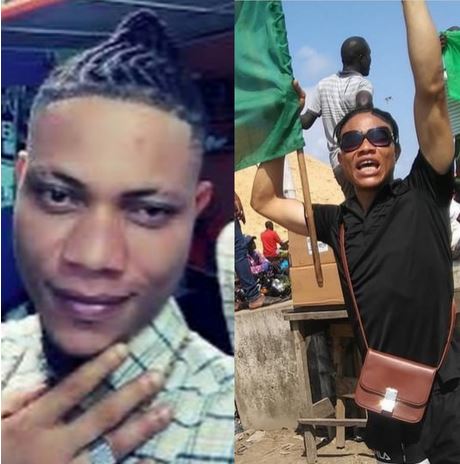 Nicholas Mbah, an #EndSars protester who was recently released after spending eight months in Kirikiri Prison, Lagos, has alleged that there are more than 500 protesters illegally detained in the correctional centre.

According to him, there are several others who are finding their lives difficult in incarceration for committing no offence.

Mr Mbah was arrested by police in the Ojo area of Lagos on October 29, 2020 while withdrawing money at an ATM stand. The police accused him of being part of the #EndSARS protests that fuelled the attacks on police stations in the area.

Mr Mbah was driven to Panti in Yaba before he was arraigned on November 2, 2020 at the Magistrate’s Court of Lagos State.

The police charged him for conspiracy to commit felony, “armed robbery, arson and rioting”. They also accused him of setting fire on “two police patrol vehicles at Ojo Police Station valued at N20 million.”

Despite suffering from hemorrhagic complications, the court ordered that he should be remanded in Kirikiri. After several months of suffering, Mr Mbah was granted bail on March 6, 2021 in the sum of N50,000 with two sureties in like sum.

Unfortunately, he could not meet the bail conditions. By the time he was going to meet the condition, Judiciary Staff Union of Nigeria (JUSUN) had begun a strike. The industrial action lasted for 64 days.

Mr Mbah, however regained his freedom and reunited with his family members last Wednesday.

Speaking on his experience in prison, Mr Mbah has called on human rights lovers to move for the release of many other protesters in prison.

“There are still many people in the prison. They were arrested for participating in #EndSARS protest. The police arrested most innocent people that were doing their normal business. Some were arrested at the door of their house.”

“I was taking to Kirikiri on November 5 and released on June 15. There are still many people rusting in jail. If I am not lying, #EndSARS people in Kirikiri are more than 500. People are suffering for nothing. I am not saying this because I want to say it, I am saying the truth,” Mr Mbah said.