The incident happened in Hua Hin, southern Thailand, at 2 am on Sunday. 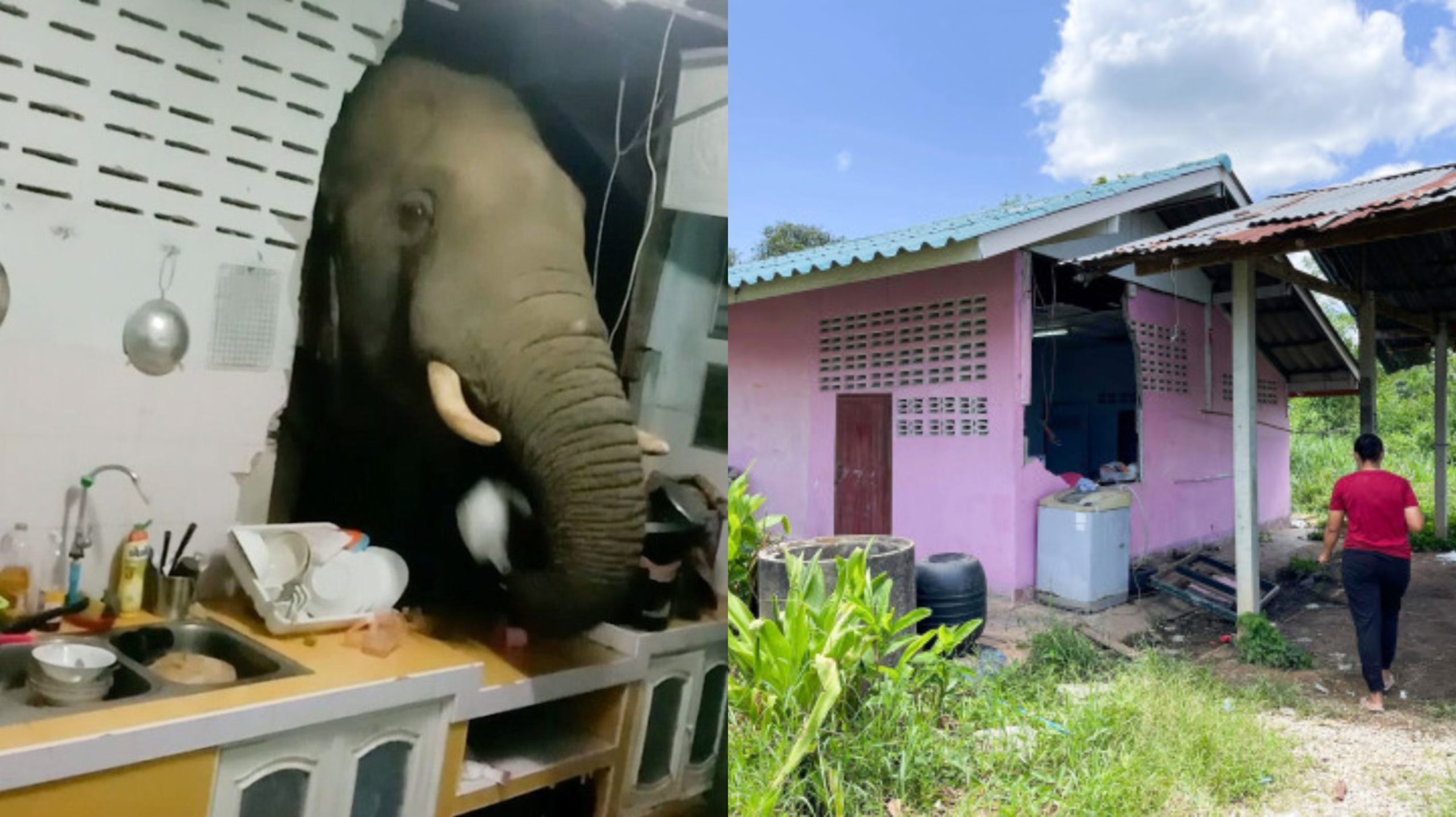 Elephant steals rice from house in Thailand
The moment a massive elephant smashed the wall of a kitchen just to steal a bag of rice has been captured on tape.
The incident happened in Hua Hin, southern Thailand, at 2 am on Sunday.
The owners of the house, Rachadawan Phungprasopporn, and her husband were woken up by the noise and rushed to the kitchen to see what had happened.
They then found the beast with its huge ivory tusks rummaging through the cupboard using its long trunk.
It grabbed a bag of rice and shoved it into its mouth, Rachadawan said.
Rachadawan said her husband helped shoo away the elephant, which disappeared into nearby woodland after getting his fill.
She said: ‘This elephant is well known in the area because he causes a lot of mischief.
“He came to the house about two months ago and was looking around, but he didn’t damage anything then.
“We spoke to the local wildlife officers and they told us not to keep food out in the kitchen because the smell attracts the elephants, so we followed their advice.
“The wall will cost about 50,000 Baht (£1,150) to repair. It was funny to see the elephant like that but also I’m worried he could come back again.”
Thailand has an estimated 2,000 Asian elephants living in the wild but there is often conflict when they come into contact with humans on roads and in villages. 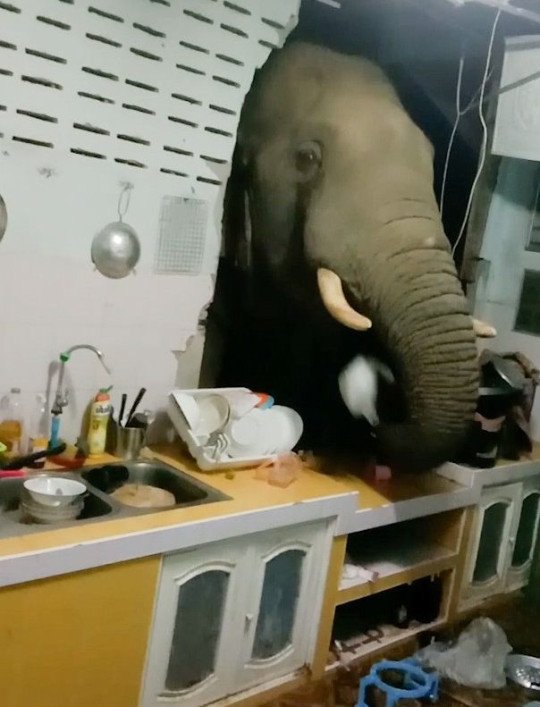 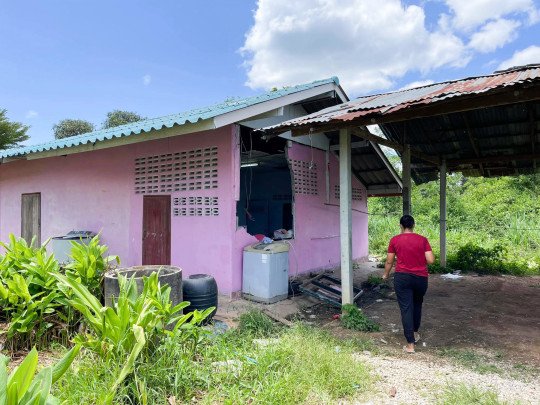