The suspects were arrested after one of the abducted kids was found roaming around a church premise. 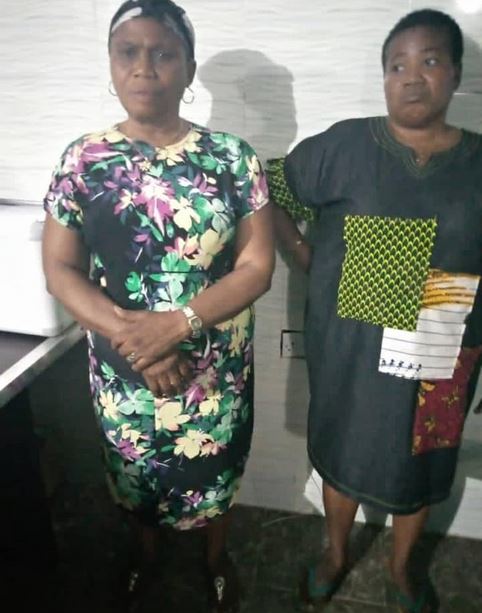 Two suspected child traffickers have been apprehended by Operatives of the Delta State Police Command while three children who were abducted from Niger state four years ago have been rescued.

Spokesperson of the command, DSP Bright Edafe, who disclosed this in a statement on Tuesday, June 22, said one of the rescued children, Jamila Shagari, 16, was found roaming around a church premises in Asaba, drawing the attention of residents of the area who alerted security operatives.

Investigation revealed that the teenager and three other children were kidnapped by unknown men while they were playing in their village in Niger state four years ago.

"On the 20/6/2021 at about 1320hrs, sequel to the unrelenting manhunt of child traffickers intelligence at the Command disposal revealed that a girl was seen roaming around a church premises in Asaba which attracted some good Samaritans who suspected that all is not well with her," Edafe stated.

"The Commander Eagle net Special Squad detailed operatives to the scene and the child was brought to the station. Preliminary investigation later revealed that she was kidnapped along with three other kids by unknown men with a car while they were playing in their village surroundings in Niger State

"The victim Jamila Shagari ‘f’ age 16yrs, also narrated that she was twelve years old when she was kidnapped and brought to one Mrs. Gloria Ugbebor ‘f’ age 39yrs resident of No. 15 Kingdom Hall Umunede community and her name was change to Dorcas Peter by the said suspect and taken to Lagos where she was handed over to one Azubuike.

"She served him as a house help for two years. After much suffering in Mr. Azubuike’s house, she then returned to Mrs. Gloria Ugbebor in Umunede who later handed her over to one Mrs. Vera Olunwa ‘f’ age 62yrs resident of opposite Koka junction Asaba-Ibusa express way Asaba.

"The two suspects Mrs. Gloria Ugbebor ‘f’ age 39yrs and Mrs. Vera Olunwa ‘f’ age 62yrs were arrested while two other children Nuhu Yohanna ‘m’ age 12yrs and Abednego Joshua ‘m’ age 11yrs who were in custody of Mrs. Gloria Ugbebor were also rescued. Effort is on to locate the biological parents of the said victim. Investigation is ongoing with a view to arrest their other accomplices." he added.