According to some students, his friends reportedly locked him in the room and went in search of garri to restore him to consciousness, but he jumped down from the building before they returned. 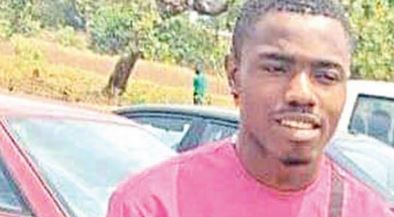 The life of a 400-level optometry student of Abia State University, Uturu, Francis Chibuike has been cut short after he took hard drugs and jumped off a 3-storey building.

Eyewitnesses alleged that he was high on drugs when he jumped from his lodge, Favour Lodge located off the campus on Saturday evening. It was gathered that he was unable to contain the effect of the hard drug known as Colorado which he allegedly took.

According to some students, his friends reportedly locked him in the room and went in search of garri to restore him back to consciousness, but the deceased went through the balcony and jumped down from the building with blood gushing out from his head before they returned.

Guardian reported that Chief Security Officer (CSO) of the institution, Navy Commander ThankGod Evulobi (retired) confirmed the incident, describing it as one of the consequences of hard drugs.

According to Evulobi, the deceased who is from Imo State drugged himself and told his friends that he was going out only for him to jump out from the window.