Nigerian Man And His Malaysian Wife Arrested for Fraud (Photo)


The duo were charged at the Ampang magistrate's court in Kuala Lumpur with illegally transferring RM4,080 belonging to a man. 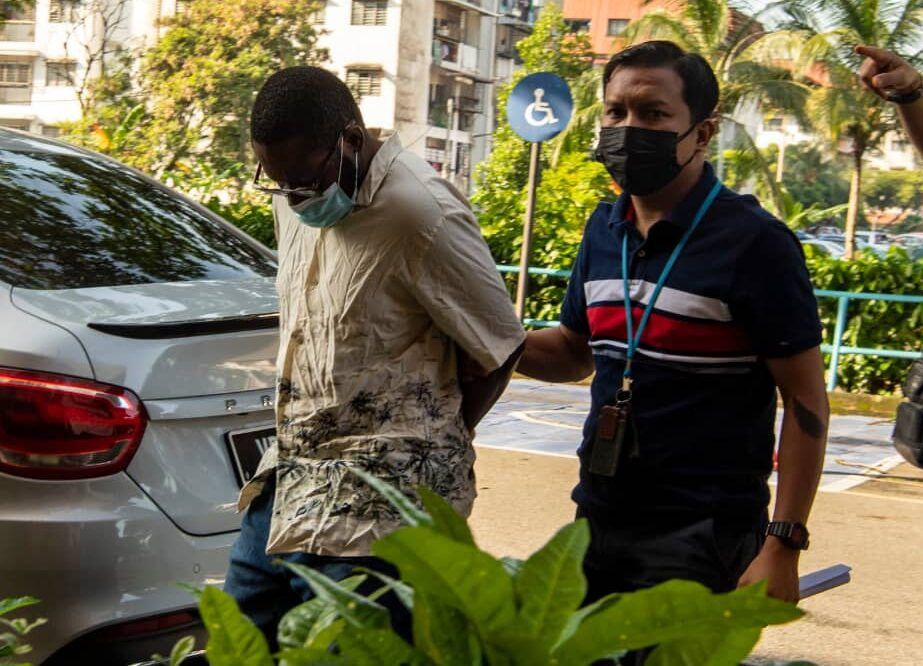 Nigerian arrested for fraud in Malaysia
Security operatives in Malaysia have apprehended a Nigerian and his Malaysian wife.
The duo were charged at the Ampang majistrate's court in Kuala Lumpur with illegally transferring RM4,080 belonging to a man.
Adetola David Gbolahan and Sopiah Jamaludin, 56, however, pleaded not guilty when the charge was read to them before magistrate Farah Nasihah Annuar on June 21.
The court set RM3,000 bail against both the accused and fixed July 28 for mention.
According to the charge, the accused had transferred the money belonging to Shauddin Saman, 51, by depositing it into Hanita Jusoh's bank accout.
The offence falls under Section 424 of the Penal Code, which provides an imprisonment for up to five years, or fine, or both.
The couple also claimed trial to an alternative charge of removing money belonging to the same person without justificatification.
They were charged under Section 29(1) of the Minor Offences Act 1955, which carries a maximum RM1,000 fine or maximum one year jail or both, upon conviction.
Deputy public prosecutor Surianti Azila Muhamad did not offer bail against Adetola but wanted RM7,000 against Sopiah.
However, counsel Rahmat Hazlan who represented the couple pleaded for minimum bail.
Top Stories