A combined team of policemen and LASTMA officials arrested Jude on Friday in the Akowonjo area of the state for alleged seat belt infraction. 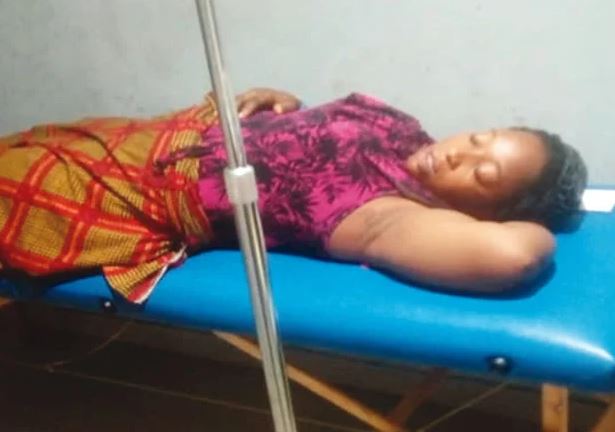 According to a report by The PUNCH, some officials of the Lagos State Traffic Management Authority, who allegedly absconded with the bleeding wife of a Dubai-based businessman, Jude Eze, have been arrested.

It had been reported that a combined team of policemen and LASTMA officials arrested Jude on Friday in the Akowonjo area of the state for alleged seat belt infraction.

It was reported that Jude’s wife, Sophia, was bleeding and could not use the seat belt, but attempts to explain her condition to the LASTMA personnel proved abortive as they allegedly impounded the vehicle with the woman inside.

The father of four had told PUNCH Metro that while he was pleading with the officials to allow him to take his wife to hospital, one of them jumped into the car and drove away.

The General Manager, LASTMA, Olajide Oduyoye, had said the agency was investigating the matter, adding that Jude would be invited on Monday to identify the officials.

However, Jude could not honour Monday’s invitation as his wife started bleeding again and had to be rushed to hospital

It was learnt that the policemen and LASTMA officials involved in the incident had been identified and recalled to the agency’s office in the Oshodi area of the state.

Jude, who identified the officials on Tuesday at the LASTMA office, told our correspondent that they did not deny the incident.

He added that he refused to collect the N10,000 extorted from him on the grounds that his other personal effects had not been provided.

He said, “The two LASTMA officials involved were brought to their office and they confessed to the crime. The guy I gave the N10,000 was instructed to provide the money, which he did, but that is not the only thing I’m looking for; my driving licence, passport and N150,000 inside an envelope have not been provided.

“The policemen in the team were also brought later, but they denied involvement in the matter and the director of the legal department of LASTMA was furious with them; so, he asked the LASTMA official, who confessed, to repeat what he said in front of the policemen; that was when they knew it was not a joke.

“The legal director said he was going to call for their detention and the N10,000 collected from me was returned, but I said I didn’t want to collect my belongings in bits; I want them to gather everything together so that I can collect them at once, and I was asked to go that they would get my property for me.

“They condemned the actions of the LASTMA officials, but what they’re going to do to them is what I can’t say for now.”

When contacted by our correspondent, Oduyoye did not take his calls and had yet to respond to a text message sent to his mobile phone.