Head of membership and mobilisation of the group in Australia, Kennedy Ochi, made this known in a statement on Sunday. 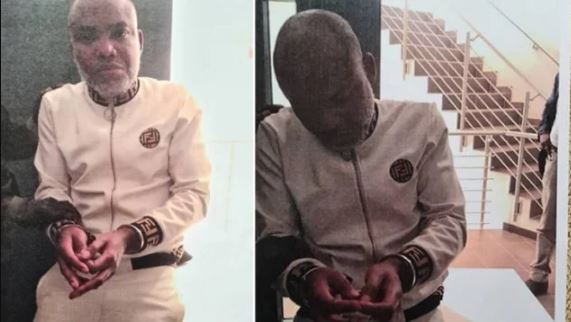 According to a report by The PUNCH, the members of the Indigenous People of Biafra have been asked to boycott travelling with Kenya Airways or patronising the country’s products.

Head of membership and mobilisation of the group in Australia, Kennedy Ochi, made this known in a statement on Sunday.

Despite denial by the Kenyan Government, members of IPOB and Nnamdi Kanu’s family argued that the secessionist was arrested and extradited from Kenya.

Kanu, who is facing an 11-count charge of treason, treasonable felony, terrorism and illegal possession of firearms, among others, jumped bail in 2017 and left the country.

The former London estate agent disappeared in 2017 after being released on bail, only to re-emerge in Israel and then in the United Kingdom.

He was re-arraigned before a Federal High Court in Abuja on Tuesday and ordered to be remanded in the custody of the DSS, while the case was adjourned till July 26 and July 27.

The statement read, “Our leader was arrested, repatriated back to a country he does not possess its passport.

“It is our wish to notify the public that President Keyatta Uhuru of Kenya has a question to answer on the role he played in the abduction of Mazi Nnamdi Kanu. He betrayed our leader and must be held fully accountable for his atrocities.

“This is pure man’s inhumanity to man and he will tell all Biafrans how much he was paid to partake in this devilish act.

“We, IPOB in Australia, support the leadership of IPOB worldwide and our able Directorate of States (Chika Edoziem) and the head of our Media and Publicity (Emma Powerful) to categorically state that all IPOB members both home and abroad should boycott travelling with Kenya Air Line; stop patronising any product made in Kenya and all businesses dealing with Kenyans, following their country’s betrayal. The battle line is drawn.

“Our question to the Nigeria government is will the abduction of our leader solve the continuous marginalisation of south easterners from the current political structure in Nigeria?”

The Federal Government said security and intelligence agencies were on the trail of Kanu for over two years before he was re-arrested, adding that the head of the outlawed IPOB movement was detained again on Sunday – without giving details on the location of his arrest.

Kanu was initially arrested in late 2015 after calling for a separate state for Biafra, in South-East Nigeria.

His detention sparked mass protests and clashes with security services.

IPOB, which agitates for a separate Igbo state, has denied being behind the violence, accusing the government of a smear campaign. Election offices have also been attacked by suspected members of the group.

"Fake It Till You Make It For The Right Reasons" - Reality TV Star, Ese Eriata Says
Recent Stories