Reacting on Tuesday, Afenifere urged the southern governors to stand firm with their decision. 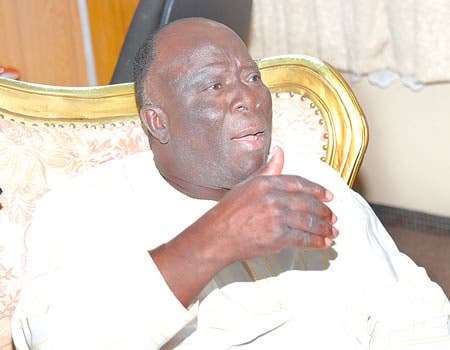 Ayo Adebanjo
Afenifere, pan- Yoruba socio-political organisation has welcomed the decision of the southern governors to zone the 2023 presidency to the South.
Reacting on Tuesday, Afenifere urged the southern governors to stand firm with their decision.
Chief Ayo Adebanjo, the national leader of the organisation in a chat with DAILY INDEPENDENT, said Afenifere is in one hundred support of their resolution.
The 17 state governors of the south, under the aegis of the Southern Governors Forum, have unanimously asked that President Muhammadu Buhari’s successor should come from the southern part of the country, irrespective of the political party.
While there has been no formal announcement from the ruling All Progressives Congress (APC) and the Peoples Democratic Party (PDP) on the zoning formula to adopt, there are feelers the two parties are trying to throw the ticket open to all aspirants from all parts of the country.
However, the Southern governors who gave their stand in a six-point communiqué issued after a meeting at Ikeja, the Lagos state capital on Monday, unanimously agreed that the next president must come from the South in the spirit of equity and fairness.
The communiqué which was read by Governor Rotimi Akeredolu of Ondo state says “The Forum reiterates its commitment to the politics of equity, fairness and unanimously agrees that the presidency of Nigeria be rotated between Southern and Northern Nigeria and resolved that the next president of Nigeria should emerge from the Southern Region”.
According to Adebanjo “Afenifere is in one hundred per cent support of their resolution on 2023 presidency. They have behaved very well and I don’t expect anything less from them. They should stand firm against tyranny and they shouldn’t be afraid of anything at all. I congratulate them for a job well done”
Top Stories