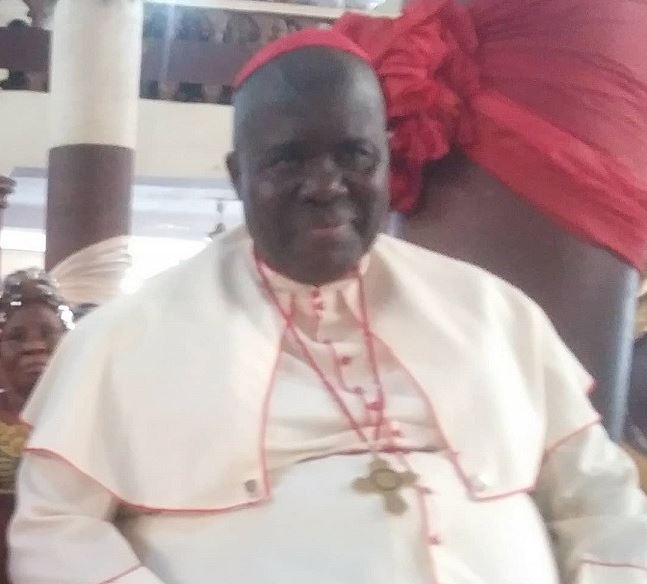 The Methodist Archbishop of Umuahia, His Grace, Most Rev (Dr) Chibuzo Raphael Opoko, has condemned same-sex marriage, stating that its evil and unacceptable in Christianity.

We had reported that the Methodist Church in the UK voted to permit same-sex marriages. The Church announced the decision last Wednesday, June 30 after debates on the topic at the Methodist Conference.

Archibishop Opoko spoke on the decision on Sunday, July 4 after the induction of Rev. Favour Ubiaru-Ekwuru as the Minister-in-charge, Grace  MCN and the reception of Rev. Nwanze Ndukuba as a minister in the church.

"How can a man marry a man? How can a woman marry a woman? If a man had married a man, would there have been procreation? What God has made, he made them male and female and they became one. He never created male and male. What they are advocating is so evil and unacceptable,” Opoko reiterated.

Speaking further, the clergyman maintained that "Methodist Nigeria is autonomous and acephalous as in 1962, we became autonomous as we are no longer part of British Methodism. In 1973, we became an indigenised church and became acephalous. That means we are not under the control of anybody. We are on our own." he added.