The activists were nabbed by the Department of State Service, DSS at Enenche's church on Sunday. 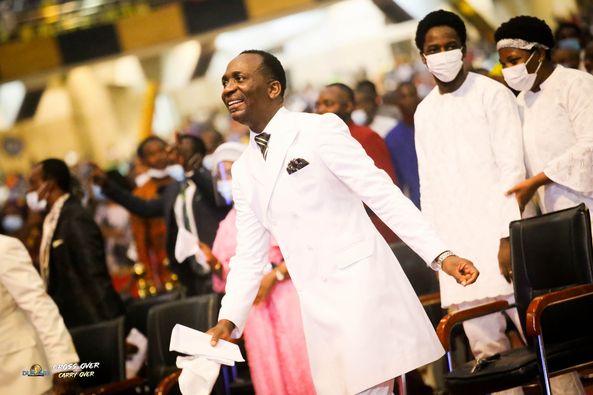 Pastor Enenche
The Senior Pastor of Dunamis International Gospel Center, Pastor Paul Enenche has revealed that he will make sure that five activists who wore the #BuhariMustGo T-shirts to the church on Sunday are released.
Recall that the activists were nabbed by the Department of State Service, DSS, after the activists were viewed on the Sunday Live telecast.
The incident happened in Abuja.
The renowned pastor who hitherto kept mum on the incident, spoke on Monday when some activists including Omoyele Sowore and Deji Adeyanju, met him at the church.
According to Sowore who addressed newsmen shortly after meeting the clergy, the man of God debunked the report that the church was involved in the arrest.
He stated that the arrest was made by operatives of the DSS and not the security operatives attached to the church.
“They came here and it is their right, I wore my own T-Shirt to meet with him today my #BuhariMustGo T-Shirt. So, there is nobody who can tell you what to wear to church or to wear to school except the school that has uniforms.
“We have a respectable agreement and some disagreement over this issue but what is important to me and why I don’t want to drag this for too long is the release of these individuals from detention,” Sowore added.
According to him, Pastor Enenche has accepted to intervene and ensure that the arrested activists are released.
Top Stories