A Twitter user shared photos of the female graduate who earns a living riding a commercial tricycle. 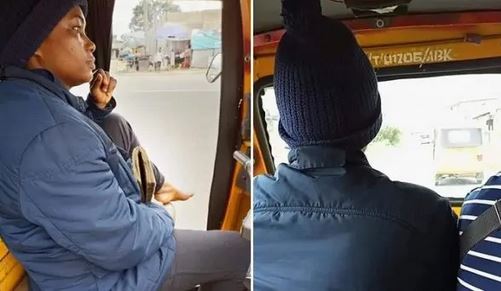 A bachelor’s degree holder has decided to work as a commercial tricyclist due to lack of employment in the country.

The tweep @DrPenking appealed to well meaning Nigerians to help her get a job and revealed that she is a graduate of English language, who hasn’t been able to land a job since she graduated from the university and had to resort to it for survival.

”This is Unyime Asuquo, a graduate of English Language, She rides keke to earn a living because she has not been able to secure a job since graduation. Twitter do your thing”. 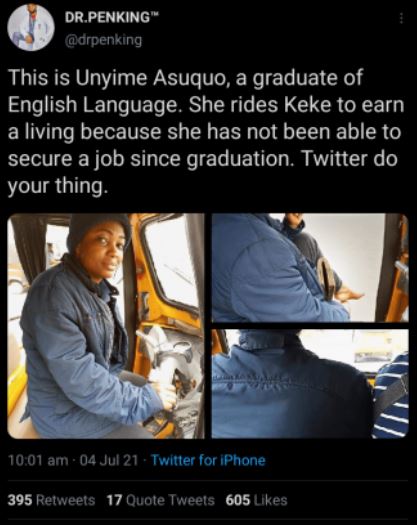