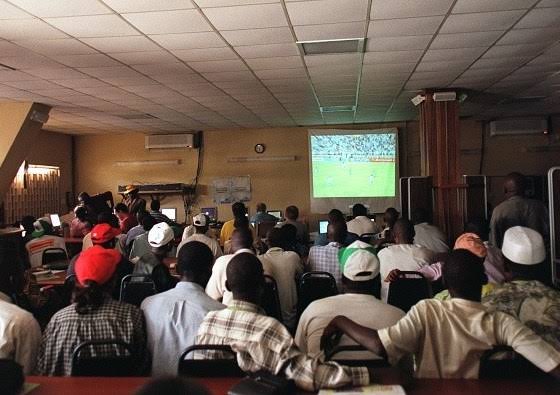 Viewing center
A lawmaker in the Katsina State House of Assembly has proposed a bill to convert viewing centers to Islamic schools.
The Katsina State House of Assembly has now begun the process of converting all television viewing centres across the state’s 34 Local Government Areas into state Islamic Schools.
In a joint motion sponsored by a member representing Jibiya Constituency, Mustapha Yusuf-Jibia, Tuesday, the Assembly kick-started the process to abolish television viewing centres in the state.
The Speaker of the State House of Assembly, Tasi’u Maigari, who presided over the plenary, said the call is in order since Islamic schools are more important than viewing centres.
Maigari said Islamic education in the state has experienced several setbacks, mostly in the rural areas and there is the need for prompt action to address the setbacks.
Mr Yusuf-Jibia on his part said the successful implementation of the bill will go a long way to curb the high rate of insecurity experienced in the state and also provide employment for the teachers that would be engaged to teach in the Islamic schools.
He referred to an encounter with some bandits, who said the Islamic schools in the state are not enough to accommodate their children.
Hence, the conversion would address this.
“If my prayer scales through, it will also help in reducing the number of Almajiri children roaming the streets in the name of begging.
“Some of these viewing centres were abandoned and had become refuse dumps, criminal hideouts and a place where redundant youths hang around,” Mr Yusuf-Jibia said.
Top Stories