The incident happened on Tuesday at Choba Junction in Port Harcourt, the River State capital. 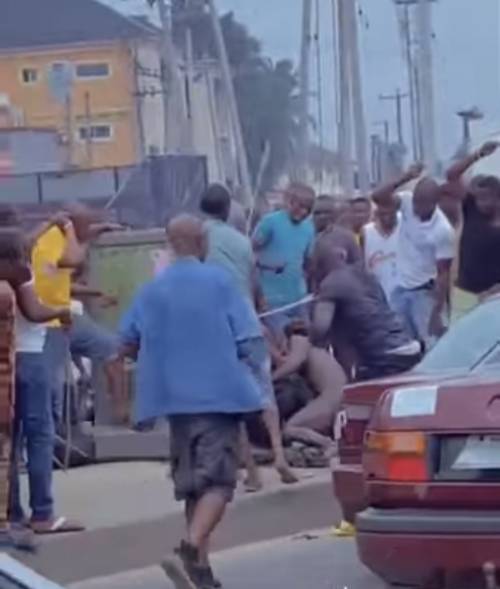 Mentally sick person stabs man who refused to give him money
A man who turned down a request by a mentally unstable man for money has been stabbed.
The incident happened on Tuesday at Choba Junction in Port Harcourt, the River State capital.
It was gathered that the 23-year-old man was stabbed with a knife after turning down the mentally ill man who had approached him for alms.
A source who uploaded the video online told Sahara Reporters that the young man sustained a serious injury and had to be quickly taken to the University of Port Harcourt Teaching Hospital where he is currently undergoing treatment.
Angered by the attack on the innocent man, some unidentified hoodlums stormed the mentally ill man's usual spot at Choba Junction on Wednesday and attacked him.
He was stripped naked and mercilessly beaten by unknown persons.
Meanwhile, the injured man could not be reached at the time of filing this report.
Top Stories