It was gathered that the school prefect identified as told the junior student to correct his stockings but the latter connived with his gang and stabbed the former in the neck. 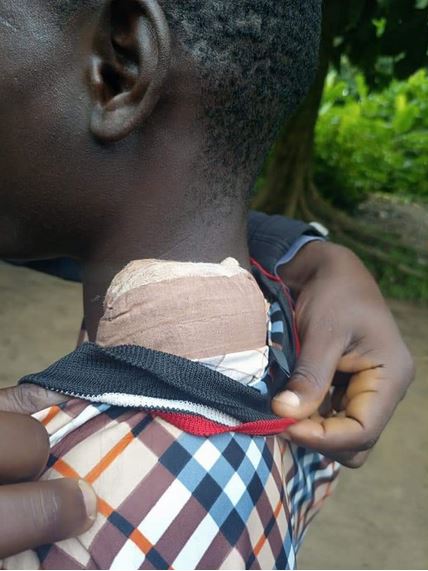 Mr Castro Ezama, the Senior Adviser to Governor Ben Ayade on Education, has raised alarm about the worsening crime and cultism in Secondary and Primary schools in Cross River State.

Ezama stated this on Tuesday, July 20, after a JS 2 student stabbed an SS 3 student in one of the public schools in Calabar, the state capital.

It was gathered that the school prefect identified as Joseph Umoren told the junior student (name withheld) to correct his stockings but the latter connived with his gang and stabbed the former in the neck.

According to Ezama, the injured student, who was rushed to the University of Calabar Teaching Hospital, UCTH nearly lost his life if not for the prompt intervention of teachers, security agencies and health officials.

Speaking to newsmen during his visit to Prof. Boniface Odey, Chairman, National Parent Teacher Association of Nigeria, NAPTAN, Cross River State chapter in Calabar, Ezama said there is so much moral decadence in the educational system.

"There’s a high level of moral decadence amongst our school children. In the course of interacting with them I realised that some of them at home drink alcohol, they are served alcoholic beverages. And of course, we know that giving alcoholic beverages to children that are younger than age 18 is not acceptable. There are advertorials everywhere. Of course, we know the far-reaching health implication," he stated.

"Secret cults have penetrated our secondary schools and even some of our primary schools. Just recently in one of our secondary schools, a prefect of a school was stabbed because he asked the junior student to take off his wrong stockings. He got his boys around and they stabbed him on his jugular. It took the intervention of the school management, my office, security agencies and the health officials of UCTH to put that boy to live, and we thank God that the boy is alive,"

"I think that if we go about bringing parents on board where we have resource persons, government officials get to talk to our parents on the need for them to be more vigilant at home in taking care of their wards and children – it will go a long way to eradicating the antisocial activities we now find."

Responding, Prof. Odey, NAPTAN Chairman, Cross River State promised the Special Adviser on Education that the parents will sit up to ensure social vices are being eradicated in schools.

"We parents have problem on how to handle our children at home because if we have done properly well, these problems we have in schools will not come up. We are promising you we will sit up as parents to make sure the vices we are having in our schools today are no more in no too distant future from now" he sad.