He speaks on the terrifying experiences he had when he visited his hometown of Eha-Amufu, Isi-Uzo Local Government Area of Enugu State. 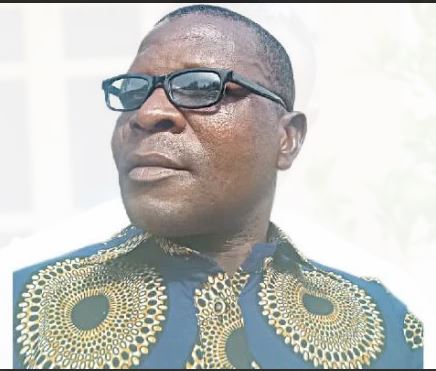 In this interview, Mr Nick Ugwu, an Abuja based businessman, who was abducted in January when he visited his hometown of Eha-Amufu, Isi-Uzo Local Government Area of Enugu State, speaks to RAPHAEL EDE on the terrifying experience

You were reportedly kidnapped in January in Enugu when you went home for Christmas and New Year celebrations. How did it happen?

On January 13, I was still in the village after Christmas and New Year celebrations. I took my family to visit friends and it was after visiting the Anglican Bishop of Eha-Amufu and we were leaving the Bishop’s Court that the incident happened around 7pm. Some young men, numbering about five, opened fire on my car. The car stopped because the tyres, windscreen and some other parts were destroyed. They swooped on us. They did not touch my wife and children, but they seized me and ordered me to lie down.

After a while, they asked me how much I had in my bank account. I told them that we had been at home since Christmas and I did not have much in my account.

They told me to call some of my rich friends. I told them that our people are not rich. They threatened that they would kill me if I couldn’t call anyone to get them money. So, I told them to allow me to call my pastor friend, a bishop.

Did the bishop pick your call?

Yes, he did. They then started negotiating with the bishop. They demanded N10m ransom.  That very night, we slept and on the second day we started making calls to see if our people could raise anything (money). When that didn’t happen, on the third day, they gave my people an ultimatum to raise N5m, threatening that failure to deliver the money they would bury me inside the forest. So, everyone, including the church and town union, made contributions.

Did they eventually raise the N5m?

As God would have it, the amount our people were able to raise, they (kidnappers) accepted it and released me after the third day.

How will you describe your abductors?

They were all Fulani guys. They were five in number and were armed with three AK-47 rifles and machetes.

What was the experience like for you being held by these people in the forest for about three days?

It was a horrible experience but we thank God for life. What I noticed was that they were having a field day, there was no one to challenge them. My opinion is that since after that #EndSARS protest, our police are no longer the same. They are not as responsive as they used to be in the past, coupled with bad roads here, this community has become a safe haven for the Fulani bandits. Apart from my own case, the Fulani herdsmen have been carrying out their criminal activities unchallenged for a long time. And the police and the government are aware of this.