The family noted that a look at their son’s corpse showed that he was not electrocuted as claimed by the hotel. 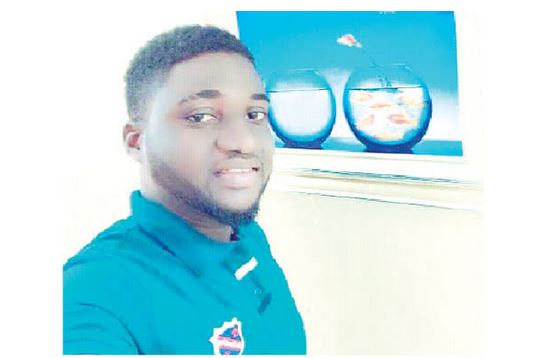 The family of late Chinonso Obasi in the Aboh Mbaise Local Government Area of Imo State on Sunday are demanding justice while demanding for an autopsy after it was claimed that he was electrocuted while working at the Degio Hotel, Naze, on the Owerri-Aba Road, Owerri.

A statement made at the Agbala Police Station by the management of the hotel said the 27-year-old graduate of Quantity Surveying from the Federal Polytechnic, Nekede, Owerri, got electrocuted while on night duty.

The deceased’s sister, Kasarachi Obasi, told Punch Metro that the family did not believe the report.

Kasarachi said the way the hotel management handled the incident showed that something was fishy.

The distraught sister noted that a look at her brother’s corpse showed that he was not electrocuted as claimed by the hotel.

She added that the hotel deposited his remains in a morgue without informing either the family or the police.

Kasarachi said, “We demand justice. We are not satisfied with the story they are telling us. As a family, we suspect foul play. They never called us; we never got to know till after several hours.

“They deposited his corpse without involving any member of the family or the police. The CCTV footage they brought is questionable. We saw my brother’s corpse three days after his death. We demand an autopsy because his body doesn’t look like he was electrocuted.

“His body is very fresh. The way they were behaving when we arrived at the hotel didn’t show they cared or somebody died. All we ask is justice. We reported the incident at the DSS head office in Owerri, but the matter has now been transferred to the police command headquarters in Owerri. The world should help our family get justice.”

A spokesperson for the police in the state, Mika Abattam, said the command was aware of the matter, adding that investigation was ongoing.