He maintained that the problem with Nigeria is the 1999 Constitution foisted on us by the military when it wanted to exit the reigns of governance. 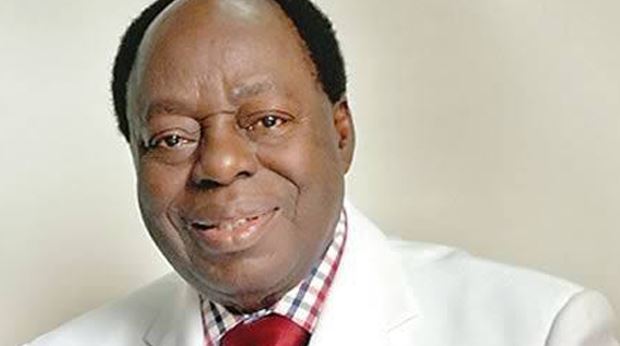 Afe Babalola, a Senior Advocate of Nigeria and founder of Afe Babalola University has stated that before the next Presidential election in 2023, a new constitution has to be put in place so the country can stop recycling failed leaders.

Babalola who was the special guest of honour at the Fifth Ife Institute of Advanced Studies, Summer Institute Programme, maintained that the problem with Nigeria is the 1999 Constitution foisted on us by the military when it wanted to exit the reigns of governance.

“It is my considered view that a new constitution must be in place before the next election, otherwise we will be recycling the same failed leaders that have brought Nigeria to where it is today.

“I have said it over and over again that the problem with Nigeria is the 1999 Constitution foisted on us by the military when it wanted to exit the reigns of governance in 1999, instead of reverting to the 1963 constitution which Nigeria’s founding fathers bequeathed to us.

“After all, the military merely suspended the 1963 constitution when it seized power on January 15, 1996, it did not abolish it."

The founder of Afe Babalola University, Ado Ekiti also said that it is lamentable that instead of bringing back the 1963 Constitution which was suspended, the military went to America to import "the presidential system of government to install an all-powerful President and weaken the constituent regions (now states)”.

He also alleged that this ‘all-powerful President’ wielded so much power to the extent that when the National Assembly invited him on security matters, he ignored the wish of the representatives of the people by refusing to honour the invitation.

According to Babalola, Nigeria runs the most expensive democracy in the world with government functionaries earning exorbitant salaries and allowances in a country riddled with unemployment, poverty, and insecurity, among other challenges. He also called for a true federal constitution that will prevent transactional businessmen from contesting elections, and a parliamentary system of government.

“The proposed constitution will discourage politics from being the most lucrative business in Nigeria; the constitution must make provision for independent candidates to contest and win elections.

“The constitution must prevent transactional businessmen from contesting elections."