A music executive has called out Peter and Paul of Psquare to settle their beef. 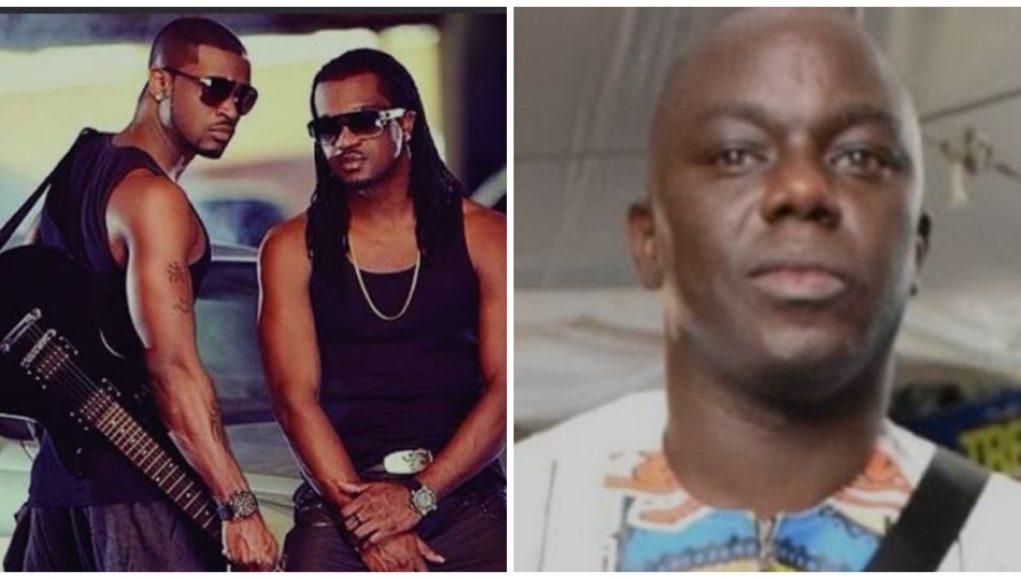 Animashaun and Psquare brothers
Popular music executive Ayo Animashaun has called on Psquare brothers, Peter and Paul Okoye to end the hostility between them.
He was reacting to the reunion of defunct Plantashun Boiz, which include 2face Idibia, Blackface and Faze.
Recall that the three singers made peace at the Night of Tribute held in honour of singer Sound Sultan in Terra Kulture, Lagos state, on Sunday, July 25.
Ever since then, quite a number of people have been hoping former singing duo, Psquare would also reunite and come back together.
In a post he shared via his Instagram page, Animashaun pointed out that he hopes it doesn’t take the death of another person for the twin brothers, Paul and Peter Okoye, to bury the hatchet.
He shared a photo of the Plantaahun Boiz and wrote:
”My picture of the month….I hope we don’t loose another life before @iamkingrudy and @peterpsquare realise it’s their turn to bury the hatchet”