A mob has nabbed two suspected kidnappers after they reportedly abducted a baby. 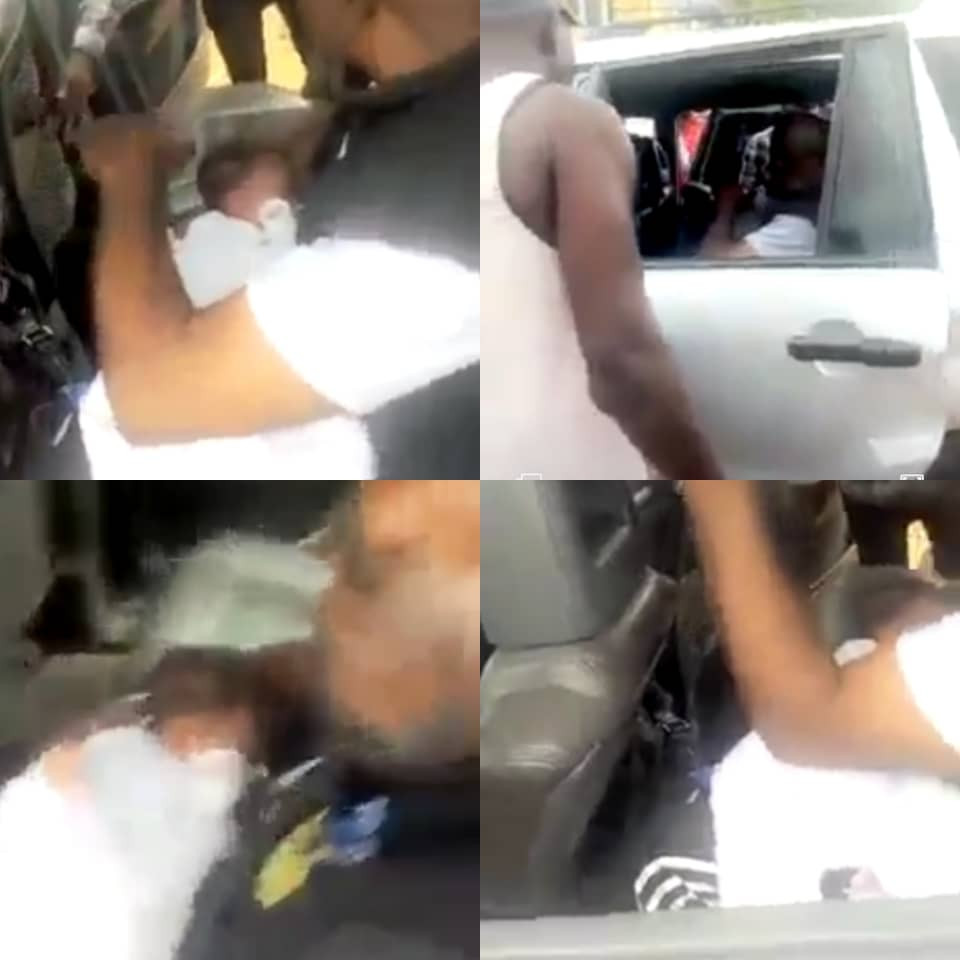 Kidnappers who abducted a baby arrested
Two suspected kidnappers have been apprehended in Isolo area of Lagos state after allegedly abducting a baby.
The incident happened on Wednesday, July 28.
A video that has been making the rounds on social media shows the moment the men were arrested with the baby. The video shows the men and the baby in a vehicle.
The state police command is yet to comment on this development.
Watch the video below