He called members of the group preaching violence in the country 'cowards'. 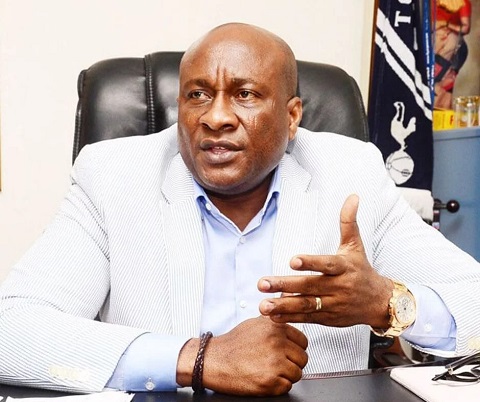 Onyema
The Chairman and CEO of Air Peace, Chief Allen Onyeama has lashed out at members of the Indigenous People of Biafra (IPOB) and other secessionist groups.
He called members of the group preaching violence in the country 'cowards', according to a report by DailyTrust.
He made this known in Lagos on the sidelines of the 25th League of Airport and Aviation Correspondents (LAAC) conference.
Onyema said that those preaching violence and dismemberment of the country are cowards who would flee the country at the slightest opportunity.
He said, “For those of us preaching hate, Rwanda beckons on you. Rwanda that happened before beckons on you.
“When I talk about unity and peace, a lot of people might want to behead me but I don’t give a damn. But the truth is that when it happens those of them who want to see the country go up in flames might even be the victims.
“You and me seated here criticise the President. When I am talking about unity and peace, preaching peace, I am not a coward. Anybody preaching violence is the biggest coward. So when we preach peace, it is not about we are cowards.
“I am not saying there are no injustices in the country. We want a country where justice, equity and fairness actually reign, no doubt about that. But we can address these issues peacefully. Nobody ever knew that Niger Delta issues would come to an end at the time it came to an end.”
Top Stories