Sales Boy Arrested For Planning His Employer's Robbery In Ogun


The suspect was arrested on Monday alongside two others namely; Chinedu Peter and Matthew Igwe. 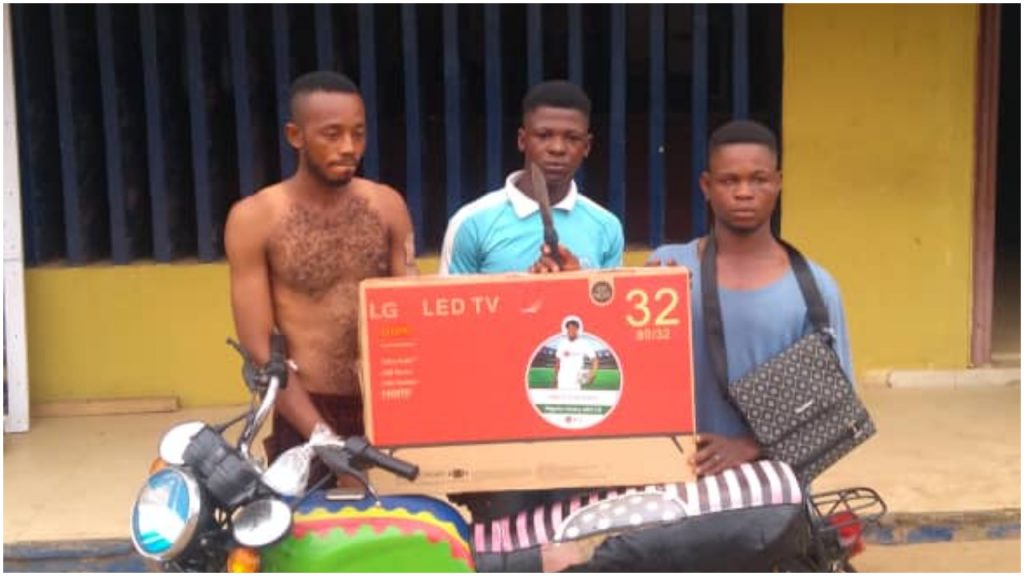 Daily Post reports that the Police in Ogun State has arrested a sales boy, one Lucky Otuonye for allegedly organising armed robbers to invade the shop where he was working.

The suspect was arrested on Monday alongside two others namely; Chinedu Peter and Matthew Igwe.

They were arrested after a distress call received by the DPO of Ago Iwoye division, CSP Paul Omiwole, that robbers had invaded Abuking Electronic Shop at Olopomerin area of Ago Iwoye.

Upon the distress call, the DPO and his men were said to have swiftly moved to the scene; but the robbers, who had stabbed the salesman on his left hand, had escaped with a 32-inches LG television before the arrival of the policemen.

“The salesman, Lucky Otuonye was quickly taken to hospital for treatment while all the adjoining stations in the area were alerted to be on the lookout for the fleeing suspects,” Ogun police spokesman, Abimbola Oyeyemi, said on Thursday.

After some hours, hunters in the area saw the two men with a television set in Awa Ijebu, and they quickly informed the police who promptly got them arrested.

“They were later taken to Ago Iwoye where they confessed being responsible for the robbery operation but added that it was the salesman, who invited them to come and rob the Electronics shop. The salesman Lucky Otuonye was then promptly arrested. He has also made a confessional statement,” Oyeyemi added.