It was alleged that he was brutally beaten, his camera was damaged, his handset and other belongings were seized by the police while covering students protest at the College of Agriculture in Yelwa, Bauchi state. 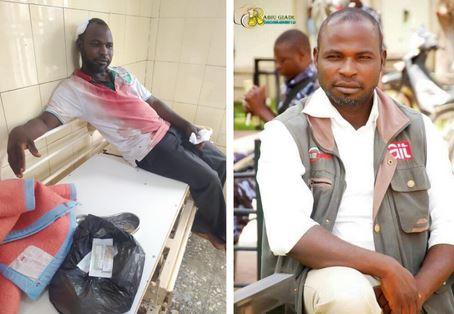 The Nigerian Union of Journalists, DAAR HQ Chapel have spoken against the alleged brutality on Africa Independent Television, (AIT)  reporter, Damisa Yusuf, who was allegedly assaulted by policemen while covering a protest.

It was alleged that the journalist was on Thursday, July 29, brutally beaten, his camera was damaged, his handset and other belongings were seized by the police while covering students protest at the College of Agriculture in Yelwa, Bauchi state.

The students were said to be protesting over a farmland said to belong to College of Agriculture Bauchi that was awarded to some land vendors through a court judgement after years of litigation.

"Damina Yusuf was on his official assignment when he was accosted and assaulted by Police officers of the Rapid Response Team without any provocation," the statement read.

"The NUJ condemns this act of Police brutality as completely unwarranted and one that cannot be condoned in any civil society.

"The NUJ is peeved at the reckless abuse of authority by the Police against a journalist on official assignment and in the process dispossessed him of his work tools which included HD Camera, a Laptop, a mobile phone and his wallet.

"The NUJ demands immediate and comprehensive treatment of Damina Yusuf by the Police authorities and that all the items seized from him should be returned to him immediately.

"While the NUJ commends the Bauchi State Police Commissioner, CP Sylverster Alabi for ordering the State Police Public Relations Officer, PPRO Muhammed Wakil to monitor the healing process of Journalist Damina Yusuf; it calls for a thorough investigation into the alleged assault.

"The NUJ wishes to use this opportunity to again call on security agencies to learn to treat journalists as partners in progress and refrain from harassing and assaulting them." 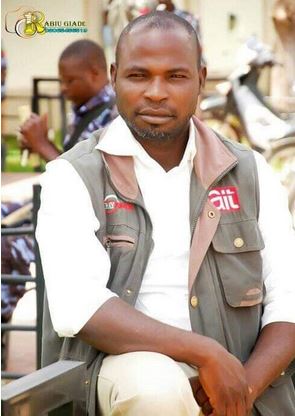