Some churches that usually conduct two-hour services closed as early as 8.30 am as rumours spread across the state that bandits were targeting churches and mosques. 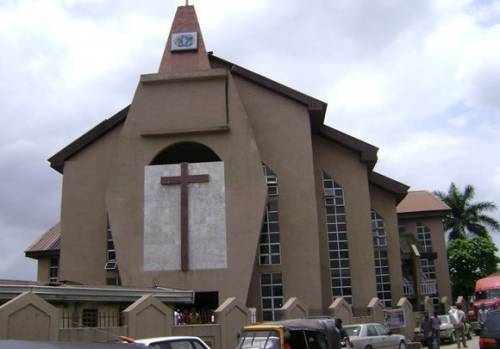 According to a report by SaharaReporters, some churches in Kaduna on Sunday closed earlier than usual for fear of bandit attacks.

Some churches that usually conduct two-hour services closed as early as 8.30 am as rumours spread across the state that bandits were targeting churches and mosques.

Although there was tight security during church hours, many pastors closed hurriedly left church premises as rumours of likely attacks spread across the state.

A few weeks ago, a kidnapped young girl, who was released, told her parents in Kaduna that she heard kidnappers while in their den discussing possibilities of targeting churches and mosques.

“I heard kidnappers planning to attack churches since schools across the state are now on vacation,” she said.

Her revelations were made public, causing panic across the state.

Some churches that have two to three services either merged them into one or significantly reduced the time spent in church.

Living Faith Church (also known as Winners Chapel) in Barnawa, Mountain of Fire and Miracles Ministries (MFM), God’s Chosen, St. Paul and St. Joseph Baptist churches that start services by 7.30 am and close at 10.00 am have now fixed 8.30 am as closing time.

Pastor Moses Godswill of MFM told Daily Post that, “protection is better than cure. It’s better to know what the bandits were planning, and take urgent decisions before the children of God are caught unaware”.

According to him, since the plan of the enemies of the church was revealed, it’s better to take precautions.

Also speaking, Pastor Solomon Ojeriba of God's Chosen Church, said God will never leave his own children for the devil to take away.

"Perhaps, that is why God revealed Himself through a released kidnapped victim. We need to take our decision before the devil sends its men to attack us,” he said.

Daily Post recalls that residents of the state have had sleepless nights for months following security threats across the state and its environs.

Kidnappers have taken over the state, as they kidnap, demand ransom and kill people at will, if ransom is delayed.