The comedian announced the news in a lengthy note posted on her Instagram page. 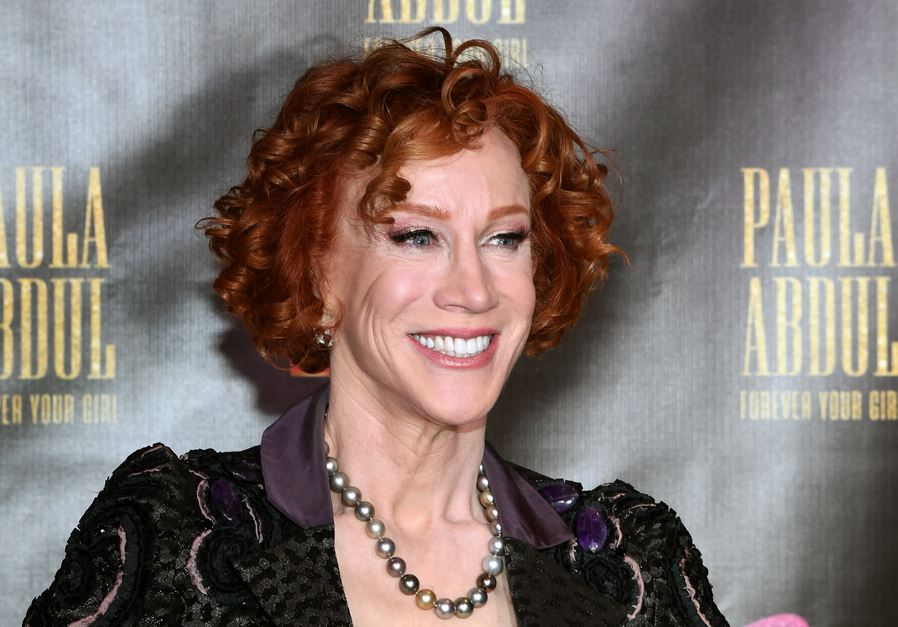 American comedian and actress, Kathy Griffin has disclosed that she has lung cancer despite “never” smoking and will be undergoing surgery to have half of her left lung removed.

The comedian announced the news on Monday morning in a lengthy note posted to social media, sharing that the cancer is stage 1 and “contained.”

“I’ve got to tell you guys something. I have cancer. I’m about to go into surgery to have half of my left lung removed,” she began her letter on social media.

“Yes, I have lung cancer even though I’ve never smoked! The doctors are very optimistic as it is stage one and contained to my left lung.”

Griffin, 60, said she’s hopeful that she won’t need to get chemotherapy or radiation treatment after the surgery and “should have normal function with my breathing.”

“I should be up and running around as usual in a month or less,” she added. 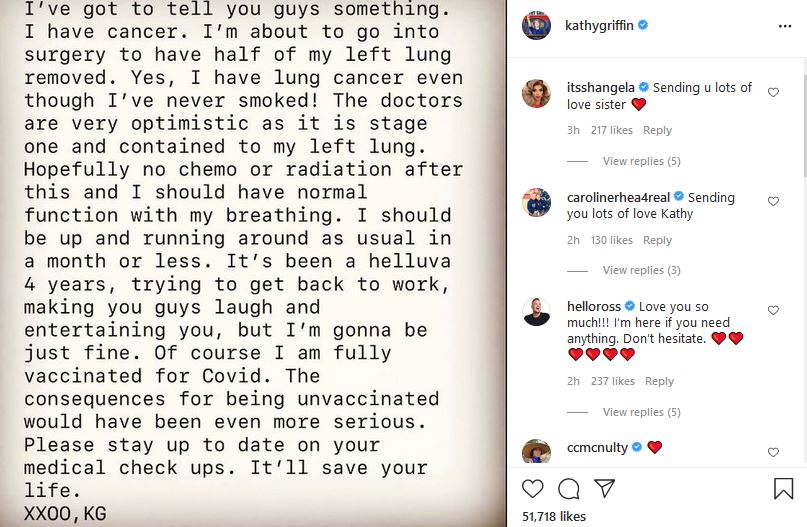 BBNaija: “Let’s Allow The Twist To Play Out And Eventually Take Him To The Finals'' -Pere's Management Urges Fans